India's lone individual Olympic gold medallist was unhappy with the way Customs dealt with the matter. 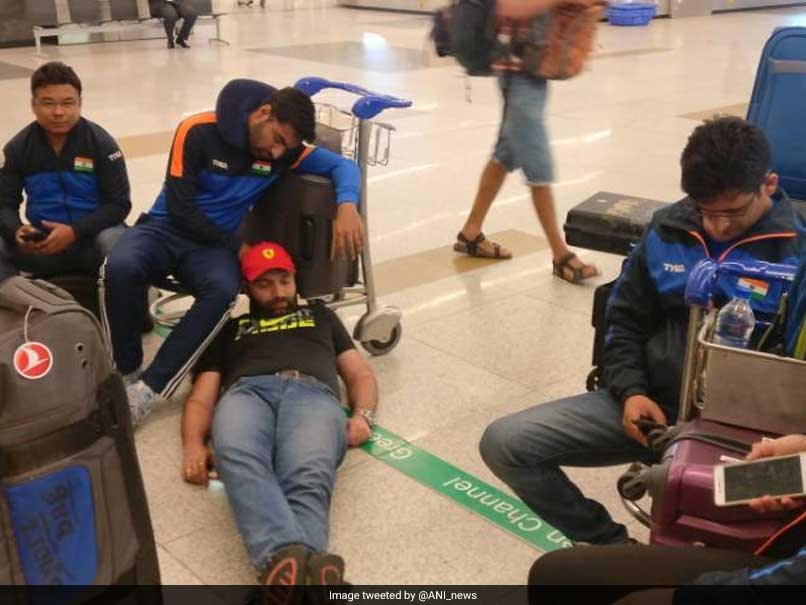 The shooting team was headed for Munich to participate in the World Cup.© ANI

Indian shooting's poster boy Abhinav Bindra took to Twitter on Tuesday to express his displeasure at the manner in which the Indian national shooting team was held up at the Indira Gandhi International Airport (IGI) after they refused to clear the guns with Customs. Bindra wrote a series of tweets expressing his displeasure at how the nation's ambassadors were treated so shabbily.

The Indian shooters were left stranded at the airport here on their return from the World Cup in Cyprus. The team, which included the likes of Chain Singh, Gurpreet Singh and Kynan Chenai, had to wait for more than 10 hours before they were allowed to leave with their ammunition.

Bindra also went on to say that this kind of thing would never have happened with the Indian cricket team.

Saddened to hear that the National Shooting Team is detained at The IGI Airport with the customs refusing to clear their guns. 1/3

They are our countries ambassadors and should not be treated like this. Would this ever happen to our cricket team ? 2/3

Chatted with a few athletes and the lack of support coming through from the national federation is pathetic. @RaninderSingh @TheNrai

The official team manager of the shotgun team left this morning leaving the athletes to fend for them selves.

Bindra is India's lone individual Olympic gold medallist, an honour he won in the 10m Air Rifle event at the 2008 Beijing Olympics.

He was named the Goodwill Ambassador of the Indian Olympic contingent for the 2016 Rio Games.