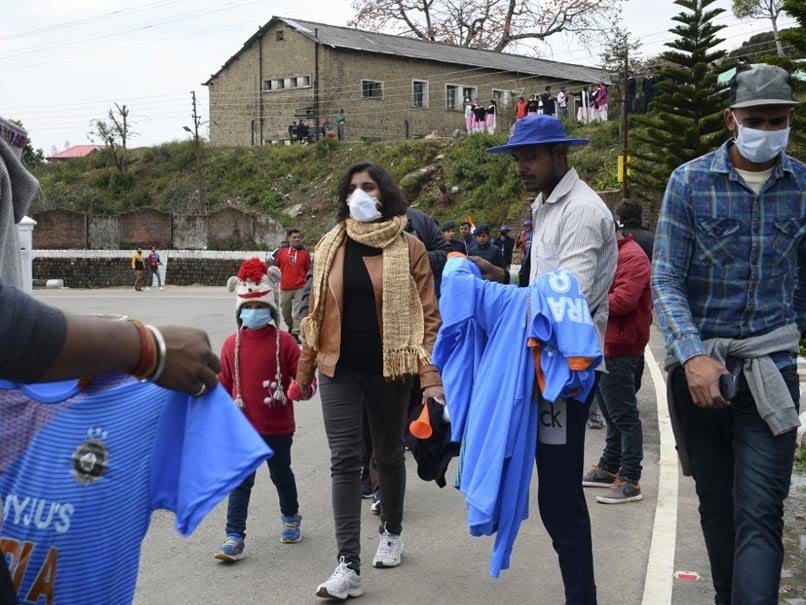 India vs South Africa ODI series was called off on Friday due to the coronavirus pandemic.© AFP

The collapse of sports events worldwide gathered pace on Friday with England's Premier League, Europe's Champions League, cricket's Indian Premier League (IPL) and the Masters golf major among competitions swept aside by the coronavirus pandemic. As sports calendars were shredded worldwide, Formula One motor racing was in turmoil with the first three Grands Prix of the season -- Australia, Bahrain and Vietnam -- scrapped while the Masters, the first major golf tournament of the year at Augusta National, was postponed.

The India vs South Africa ODI series was called off, the news coming at the back of the postponement of the lucrative IPL 2020.

England's cricket tour of Sri Lanka also fell victim to the virus while suspension of the Premier League until April 4 came shortly after the French Football League announced that all Ligue 1 and Ligue 2 games would be on hold until further notice.

The German Bundesliga then followed suit, announcing that the league would be halted for the first time since World War II.

And cycling's first Grand Tour of the season, the Giro d'Italia, scheduled for May 9-31, was also put on hold as officials feared the impact of COVID-19.

The virus, which has killed 5,043 people according to an AFP tally, is accelerating just over four months from the start of Tokyo Olympics on July 24.

Football's Premier League, with a worldwide audience of billions, was suspended after Arsenal manager Mikel Arteta and Chelsea winger Callum Hudson-Odoi were confirmed to have the disease.

"Following a meeting of shareholders today, it was unanimously decided to suspend the Premier League with the intention of returning on 4 April, subject to medical advice and conditions at the time," the Premier League said in a statement.

The decision by authorities in England, France and Germany to postpone top-flight football means that all Europe's top leagues have ground to a halt. Spain's La Liga and Italy's Serie A have already suspended matches.

European football's governing body UEFA took the step of postponing matches after two of next week's four scheduled Champions League last 16, second legs -- between Manchester City and Real Madrid, and between Juventus and Lyon -- had already been called off.

"In the light of developments due to the spread of COVID-19 in Europe and related decisions made by different governments, all UEFA club competitions matches scheduled next week are postponed," UEFA said in a statement.

Sports across the globe have suffered major disruption because of the virus with the PGA Tour golf season, the men's tennis tour, NBA basketball, Major League Baseball and a host of top-flight events interrupted.

England's cricketers will be returning from Sri Lanka among the latest victims of the sporting chaos.

Their tour of Sri Lanka was scrapped on Friday as the team took part in a practice match ahead of the first of two Test matches due to start on March 19.

Rugby union was also affected with the last Six Nations match between Wales and Scotland in Cardiff scrapped one day ahead of Saturday's scheduled kick-off.

More bad news could come as European football chiefs are to meet next week to consider whether to postpone Euro 2020, due to start in June and this year's other major international sports along with the Olympics.

Tokyo Olympics organisers, Japan's government and the International Olympic Committee have been adamant the Games will go ahead as planned despite the global panic.

But US President Donald Trump became the first foreign leader to break ranks and raise the prospect of delaying the Olympics until 2021.

"Maybe they postpone it for a year," Trump told reporters in the Oval Office, 19 weeks before the opening ceremony in Tokyo's Olympic Stadium.

Trump's comments were followed by a decision by Greek organisers to scrap the Greek leg of the Olympic torch relay soon after it was launched because the large crowds had triggered concern over the spread of the virus.

For their part, Japan's Olympic minister Seiko Hashimoto said there were no plans to delay or cancel the Games.

Comments
Topics mentioned in this article
All Sports Football Cricket Formula 1 Golf
Get the latest updates on ICC T20 Worldcup 2022, check out the Schedule and Live Score. Like us on Facebook or follow us on Twitter for more sports updates. You can also download the NDTV Cricket app for Android or iOS.