Coronavirus: The UEFA took the decision to postpone the last 16 ties, scheduled for March 17, after Juventus and Real Madrid players were put into isolation. 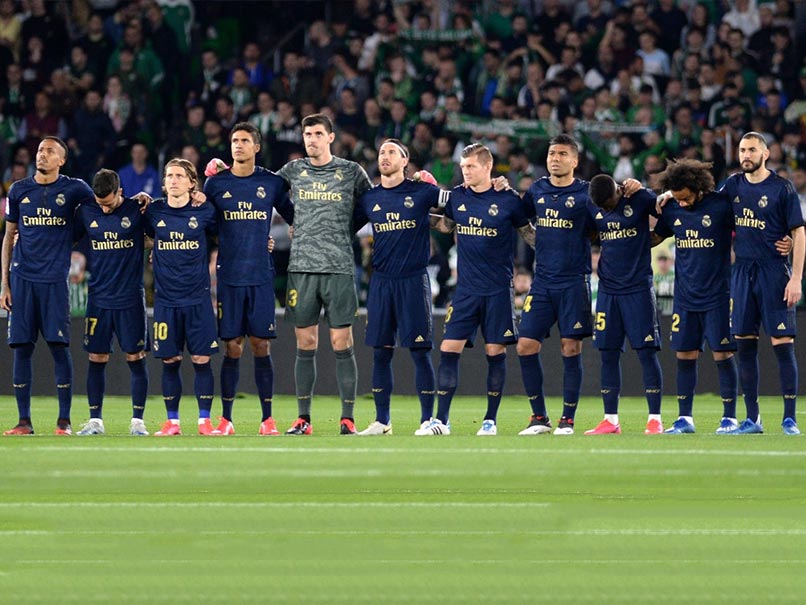 Real Madrid suffered a 1-2 loss in the first leg at home against Manchester City.© AFP

Manchester City's Champions League last 16, second leg with Real Madrid and Lyon's trip to Juventus became the latest high-profile football matches to be postponed due to the coronavirus outbreak, UEFA confirmed on Thursday. Juventus defender Daniele Rugani has tested positive for the virus, forcing players and staff of the Italian champions into quarantine. Madrid players have also been put into isolation after one of the club's basketball players tested positive for COVID-19. Both matches were due to take place on Tuesday, March 17.

As it stands, Wednesday's two last 16, second legs between Bayern Munich and Chelsea and Barcelona and Napoli are still set to go ahead behind closed doors.

However, UEFA is to have a crisis meeting on Tuesday with representatives from all 55 national associations and club and player bodies to decide how national leagues, European competitions and Euro 2020 should proceed.

"The decision to postpone Tuesday's game was made in conjunction with UEFA and follows confirmation that players from Real Madrid will self-isolate for fifteen days," City said in a statement.

"The Club sends its best wishes to the players and staff at Real Madrid's football and basketball teams."

Serie A in Italy, the European country worst hit by the virus, has already suspended its matches until April 3.

Matches have been suspended for two weeks in Spain, while France's Ligue 1 will continue its season but without spectators.

No such restrictions have been put upon Premier League games with a full round of games set to take place this weekend.

City's home match with Arsenal that was due to take place on Wednesday is the only Premier League game to be abandoned so far after Arsenal players came into contact with Olympiakos owner Vangelis Marinakis, who tested positive for the virus, after a Europa League match two weeks ago.

Juventus Football
Get the latest updates on T20 World Cup, check out the T20 World Cup Schedule and Live Score . Like us on Facebook or follow us on Twitter for more sports updates. You can also download the NDTV Cricket app for Android or iOS.