Daniele Rugani is the first top-flight footballer to fall victim to the coronavirus, which has killed 827 in Italy, the second most stricken country in the world after China. 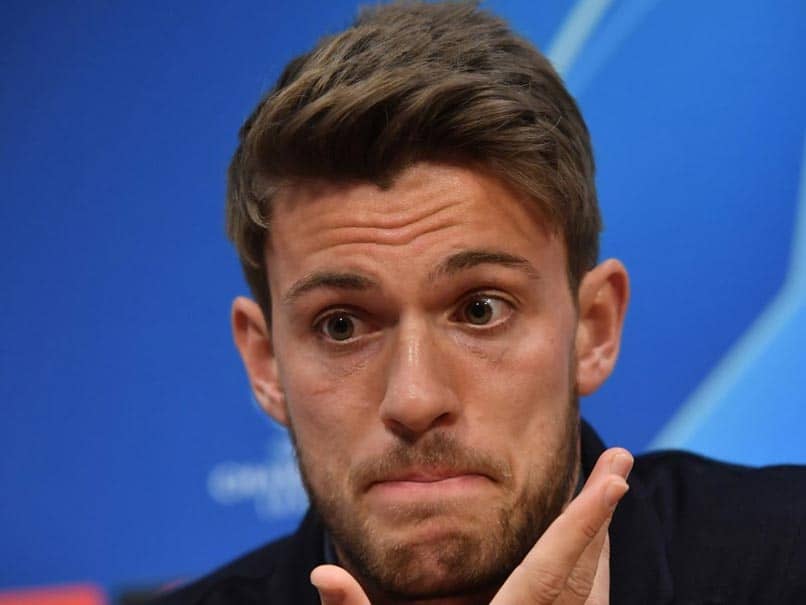 Daniele Rugani is the first Serie A footballer to test positive for coronavirus.© AFP

Juventus and Italy defender Daniele Rugani told fans 'don't worry, I'm fine' on Wednesday after becoming the first Serie A footballer to test positive for the new coronavirus. The 25-year-old "is currently asymptomatic," the Italian champions said, but the Turin-based club are "currently activating all the isolation procedures required by law, including those who have had contact with him." "I want to reassure all those who are worried about me, I'm fine," Rugani later said on Instagram. "At this moment, however, I feel even more duty to thank all the doctors and nurses who are struggling in hospitals to cope with this crisis.

"I invite everyone to respect the rules, because this virus makes no distinctions! Let's do it for ourselves, for our loved ones and for those around us."

Rugani is the first top-flight footballer to fall victim to the virus which has killed 827 in Italy, the second most stricken country in the world after China, and infected 12,000 people, including several Serie C players.

Rugani has spent the last seven years at league leaders Juventus apart from a two-year loan spell at Empoli.

He has played just three league games this season, most recently against Brescia on February 16 and SPAL on February 22.

He was on the bench in Lyon for the Champions League last-16, first-leg clash on February 26 in France and the team's last game against Inter Milan in Serie A on March 8.

Inter said Wednesday that "all competitive activities have been suspended until further notice" as a result of Rugani's positive test.

"The club is currently taking steps to put all the necessary procedures into place," the Milan club said.

Juventus are due to host Lyon in their Champions League return fixture behind closed doors in Turin next Tuesday.

All sports in Italy have been suspended until April 3, including Serie A football, but Champions League and Europa League matches are under the jurisdiction of UEFA.

UEFA called off two Europa League games on Thursday between Italian and Spanish teams. Inter Milan were set to host Getafe with Roma due to travel to Sevilla.

In the Champions League, Barcelona are also due to host Italian club Napoli next Wednesday.

Many Serie A clubs had suspended training until next week but Juventus continued to train ahead of their planned Champions League tie.

Juventus star Cristiano Ronaldo is currently in Portugal with his mother who suffered a stroke.

"Cristiano Ronaldo did not train and remains in Madeira pending developments related to the current health emergency," the team said earlier Wednesday.

Italy's 60 million residents are in lockdown in a desperate bid to halt the spread of a virus which claimed 196 lives in the last 24 hours.

Italian Prime Minister Giuseppe Conte announced on Wednesday that all stores, except for pharmacies and food shops, would now be shut.