Coronavirus: Getafe Ready To Lose But Will Not Travel To Italy For Inter Milan Europa League Clash

Getafe president Angel Torres said that "if we have to lose the tie, we will lose it" but the team will go into the epicentre of the coronavirus outbreak in Italy. 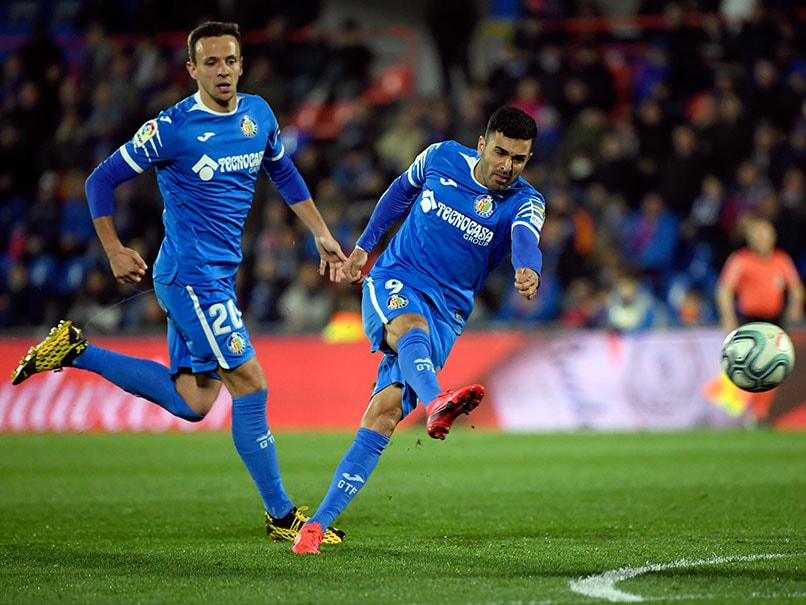 Inter Milan are due to host Getafe in the Europa League last 16, first leg at the San Siro on Thursday.© AFP

Getafe president Angel Torres said Tuesday the Spanish team will not travel to Italy for their Europa League game against Inter Milan this week as the coronavirus crisis escalates. All sports in Italy have been suspended until April 3, including Serie A football, but Champions League and Europa League matches are under the jurisdiction of UEFA.

Inter Milan are due to host Getafe in the Europa League last 16, first leg in the San Siro on Thursday while Roma welcome Sevilla a week later.

"If we have to lose the tie, we will lose it," Torres told Onda Cero radio.

"We have asked UEFA to look for an alternative to play in Milan. We don't want to go into the epicentre of the coronavirus outbreak.

"Under no circumstances are we going to put our health at risk. Unless things change tomorrow, Getafe will not travel to Italy."

The Italian and Spanish professional players' unions issued a joint statement on Tuesday calling on UEFA to postpone matches between teams from the two countries.

Three matches between Italian and Spanish teams are scheduled this week, with Atalanta beating Valencia 4-3 behind closed doors in Spain on Tuesday to reach the Champions League quarter-finals.

"Playing a match in Milan in the coming days will endanger the health of many people," the joint statement read.

"The journeys between Italy and Spain will become more complicated and dangerous in the coming weeks.

"Next week's return matches are likely to be held under emergency conditions for the two countries.

"We hope that a deep reflection on all the calendars of European competitions will be made in the light of the information which is getting worse by the hour."

Italy has restricted movement for its 60 million citizens as the nation grapples to contain a disease which has killed 631, with 168 new deaths recorded on Tuesday, the country's highest single-day toll, and infected more than 10,000.

Many airlines are suspending flights to Italy for the next few weeks.

There are no direct flights between Spain and Italy from March 11 to 25.

Inter Milan Football
Get the latest updates on IND vs NZ 2021, check out the Schedule and Live Score . Like us on Facebook or follow us on Twitter for more sports updates. You can also download the NDTV Cricket app for Android or iOS.