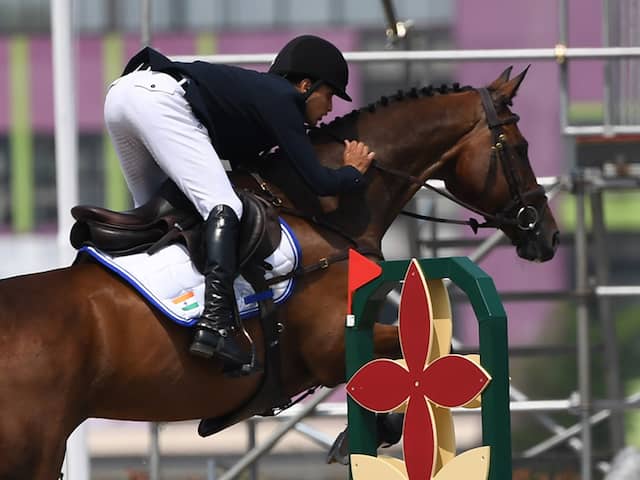 Arjuna Award winner and Asian Games silver medallist Fouaad Mirza secured Gold in the CCI3*S, in Strzegom, Poland astride his new horse Dajara. Fouaad is currently the highest ranked individual in Group G for the Asia Pacific Zone with 34 points on one horse Fernhill Facetime, 30 points on the second horse Touchingwood and at present qualifying his third horse, Dajara. The 8-year-old Dajara, procured by the Embassy International Riding School, is a promising German Holsteiner warm blood and has an excellent track record of wins, such as Bundeschampionat, a German National Championship.

Fouaad started the week with a solid Dressage score of 26.8 which placed him second with a very close score to the talented German rider Antonia Baumgart, who was one penalty better at 25.8. This was followed by the Showjumping event where Fouaad maintained the 2nd position with a clear round. He finished the deciding Cross-Country round in only 4 seconds over time, leading him to the Gold in the Strezgom CCI3*S in Poland.

"I am very excited about our new horse Dajara, which has immense potential for success at the Olympics. Through the event CCI3*S, we were able to level up the horse rider combination to 4* and building up my points to qualify for the Olympics," Fouaad said.