Tokyo Games: Gurjit Kaur converted a penalty corner as India defeated Australia in their women's hockey quarterfinal match, at the ongoing Tokyo Games. They will face Argentina in their maiden Olympic semifinal. 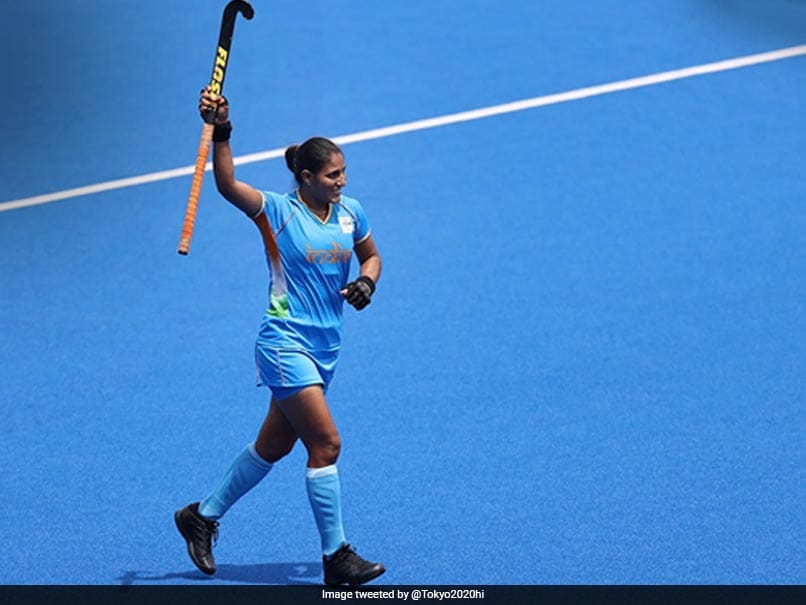 Gurjit Kaur scored the solitary goal as India edged past Australia to reach their maiden Olympic women's hockey semifinal, at the ongoing Tokyo Games on Monday. India defended hard to create a huge upset, with Gurjit converting a lone penalty corner in the 22nd-minute. It was also India's only penalty corner in the quarterfinal match. The Australians registered 14 attempts, compared to India's five shots. Here is the video of Gurjit's excellent drag-flick that helped India create history in an intense quarterfinal victory:

A goal that will go in the history books!

After the final whistle, the Indian players screamed with joy and hugged each other. They also formed a huddle with Dutch coach Sjoerd Marijne, who was already in tears.

The women's team will face Argentina in their maiden semifinal on Wednesday.

The Indian women's hockey team made their first Olympic appearance at the 1980 Games in Moscow. The competition was impacted by a boycott, which led to the organisers running a six-team invitation tournament.

India missed out on a medal at the 1980 Games due to a 3-1 defeat to Soviet Union in the final set of round-robin matches.

The women's team also made their second Olympic appearance at the 2016 Olympics in Rio de Janeiro. In Brazil, the Indian team had a string of poor results with four losses and a draw in the group stage.

The women's team's quarterfinal win came a day after the Indian men's hockey team also progressed to the Olympic semifinals for the first time in four decades, cruising past Great Britain 3-1 in their quarterfinal fixture. Dilpreet Singh, Gurjant Singh and Hardik Singh were the scorers, scoring three field goals.

Comments
Topics mentioned in this article
India Women Australia Women Hockey India Olympics 2020 Olympics
Get the latest updates on ICC T20 Worldcup 2022, check out the Schedule and Live Score. Like us on Facebook or follow us on Twitter for more sports updates. You can also download the NDTV Cricket app for Android or iOS.