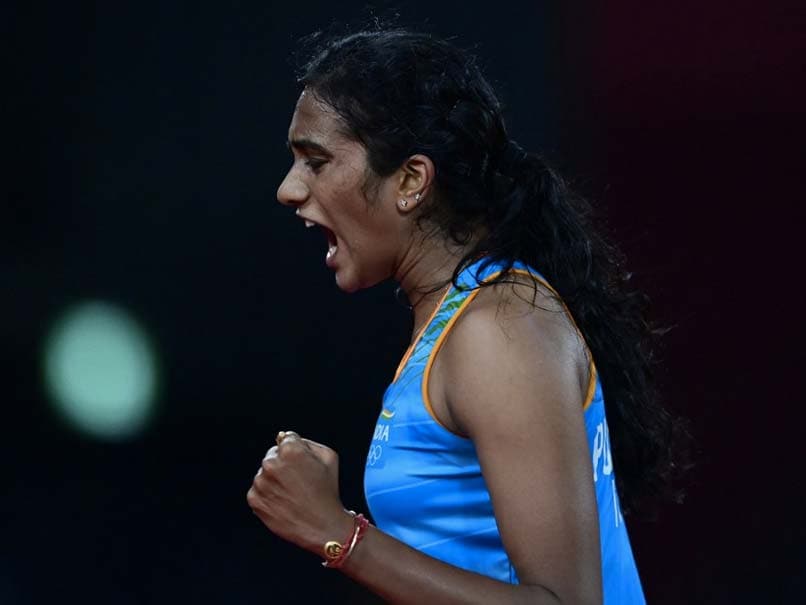 India's star shuttler PV Sindhu made history on Sunday as she became the first Indian woman to win two individual Olympic medals. Sindhu beat China's He Bing Jiao 21-13, 21-15 to win the bronze medal in women's singles at the Tokyo Olympics a day after her heartbreaking semi-final defeat against World No.1 Tai Tzu Ying. Sindhu had won the silver medal at the 2016 Rio Games. She is also only the second Indian athlete after Sushil Kumar to win two individual medals at the Olympics.

You dominated the game & made history #Tokyo2020 !

An Olympic medalist twice over!

India is so proud of you & awaits your return!

"Congratulations @Pvsindhu1! You make us super proud !!!" tweeted Abhinav Bindra, India's only individual gold medallist in Olympic history, along with an inspirational message.

Several others also congratulated Sindhu on her achievement.

@Pvsindhu1 Congratulations Sindhu. You made us proud. #hindkibetiyan

Heartiest congratulations to @Pvsindhu1 for winning #Bronze in #Badminton

This was India's second medal at the Tokyo Olympics so far, although boxer Lovlina Borgohain is also assured of a medal after reaching the semifinals of the women's Welter (69kg).

PV Sindhu Olympics India
Get the latest updates on IPL 2021, check out the IPL 2021 Schedule and Indian Premier League Live Score . Like us on Facebook or follow us on Twitter for more sports updates. You can also download the NDTV Cricket app for Android or iOS.