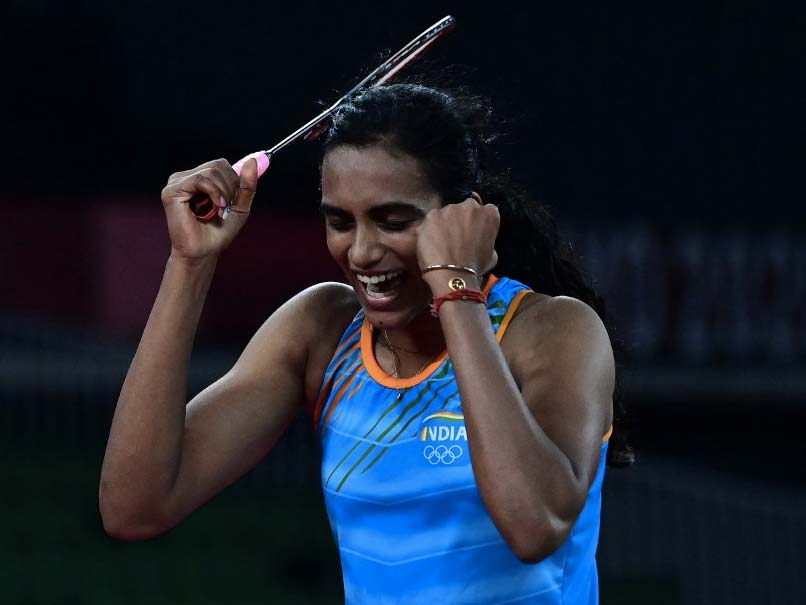 PV Sindhu became the first Indian woman to win two individual medals at the Olympics when she beat He Bing Jiao in the women's singles bronze medal match on Sunday. Sindhu had won silver at the 2016 Rio Olympics where she lost to Spain's Carolina Marin in the gold medal match. Sindhu looked set to better her Rio 2016 return in Tokyo as she breezed through the group stages and quarterfinals, winning in straight games, until her winning run was stopped by Chinese Taipei's Tai Tzu Yingin the semi-final. However, Sindhu brought her 'A' game to the table in the bronze medal match, defeating Bing Jiao 21-13, 21-15.

Sindhu won the BWF World Championship title in 2019 and qualified for the Tokyo Olympics based on her BWF ranking.

The Olympic silver in Rio was followed by the Indian Open title in 2017 where she beat her nemesis Marin and London Olympics bronze medallist Saina Nehwal.

Sindhu broke into the top 20 of the BWF rankings in 2012 and since then she has been one of the leading shuttlers in the world.

The Indian was in fine form in the lead-up to the Olympics despite COVID-19 restrictions and cancellation of events hampering her preparations.

She made the semi-final of the All England Open 2021 before losing to Pornpawee Chochuwong.

She made the final of the Swiss Open, too, before going down yet again to Marin.

Overall, Sindhu has won a medal at every World Championship she has taken part in since 2013 with the exception of 2015.

She also won silver at 2018 Commonwealth Games and 2018 Asian Games.

PV Sindhu India
Get the latest updates on IPL Auction 2023 and check out  IPL 2023 and Live Cricket Score. Like us on Facebook or follow us on Twitter for more sports updates. You can also download the NDTV Cricket app for Android or iOS.