PV Sindhu created history with a silver medal finish in badminton women's singles at the Rio OIympics on Saturday, becoming India's youngest ever individual medal winner at the Games 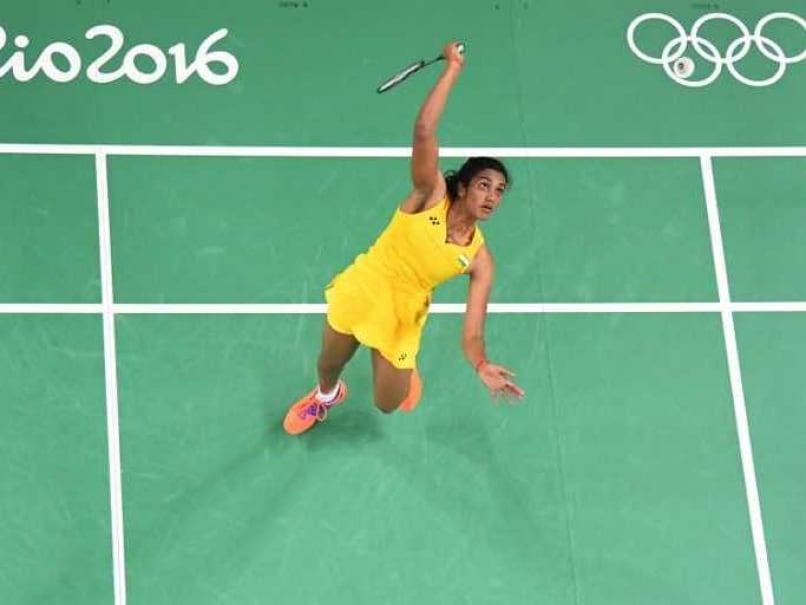 PV Sindhu became the youngest ever Indian individual medal winnerÂ in the history of theOlympics on Saturday, after her silver medal finish in the badminton women's singles event. Sindhu put on a spirited fight but went down 21-19, 12-21, 15-21 to Spain's Carolina Marin. Here is a look at the 21-year-old's career in ten points:

3. In 2013, Sindhu went on to win a bronze medal in women's singles at the 2013 World Championships, India's first medal winner at the event.

5. Later that year, she went on to win the Macau Open title, beating Michelle Li in the final.

6. PV Sindhu was conferred the Arjuna Award by the Indian government for her performances in 2013.

7. The shuttler from Hyderabad would win the bronze again at the 2014 World Championships in Copenhagen.

8. Sindhu reached her first Super Series final at the Denmark Open in 2015.

9. The 21-year-old shuttler is India's youngest ever medal winner at the Olympic Games.

10. On the way to her final at Rio Olympics 2016, Sindhu defeated Laura Sarosi of Hungary and Michelle Li of Canada in the group stages. She went on to beat former world champion Wang Yihan of China in the quarters and Japan's Nozomi Okuhara in the semis., before finally succumbing to world champion Carolina Marin in the title match.

Comments
Topics mentioned in this article
Olympics 2016 India Badminton PV Sindhu Cycling Olympics Olympics Olympics
Get the latest updates on ICC T20 Worldcup 2022 and CWG 2022 check out the Schedule, Live Score and Medals Tally. Like us on Facebook or follow us on Twitter for more sports updates. You can also download the NDTV Cricket app for Android or iOS.