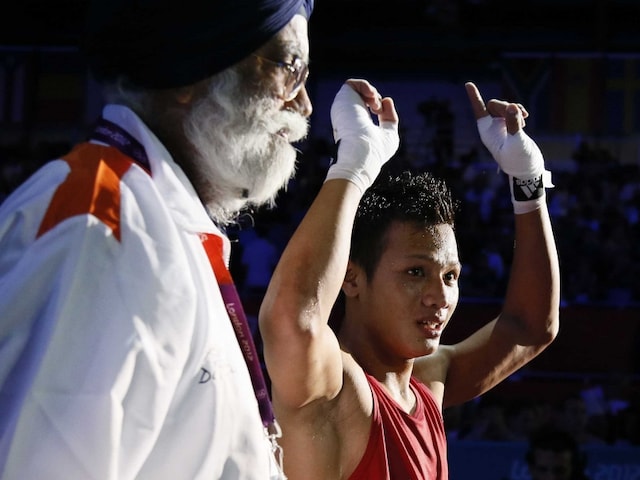 Devendro, also an Asian silver-medallist, will tomorrow be up against South Africa's Sibusiso Bandla, who defeated Korea's Lee Yechan in his prequarterfinal bout. The 23-year-old Indian has to make the final to book himself a berth in the Olympic Games.

"Devendro used his right straights and left hook punches in brilliant combination. His uppercut was also very good and precise. In the second round, he somehow twisted his foot but managed to handle the situation on his own. He was brilliant in all three rounds and won the bout unanimously," national coach Gurbax Singh Sandhu told PTI.

Manoj, on the other hand, will take on Bulgaria's Ayrin Smetov Ismetov in his pre-quarterfinal bout tomorrow after upstaging a more fancied rival. Manoj, also a former Asian bronze-medallist, will be assured of an Olympic spot if he makes the semifinals of the ongoing event.

"Manoj put up a superb show, one of the best of his career. He was very sensible, I have never seen him this calm and measured in his approach. He kept his opponent at long range, totally avoided close contact with Mohamed," Sandhu said.

India have not sent any entry in the 56kg category as Shiva Thapa has already qualified for the Rio Games during the Asian qualifiers in March.