New Zealand's 10-wicket win over India, the number one Test team in the world, was lauded as one of the best in Black Caps' history. 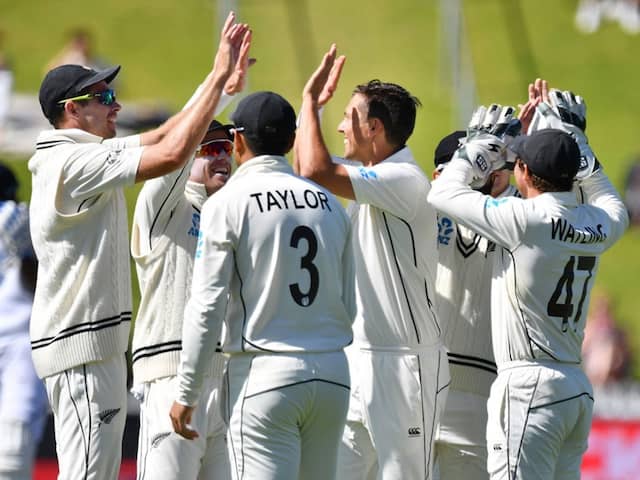 NZ vs IND: New Zealand cruised to a 10-wicket win inside four days, tearing up the form book.© AFP

New Zealand's crushing first Test win over India was lauded as one of the best in Black Caps' history Tuesday, with pundits saying Virat Kohli's men failed to adapt to local conditions. The hosts cruised to a 10-wicket win inside four days on Monday, tearing up the form book against an India side widely regarded as the best in the world. "Rare are the Tests in which the Black Caps beat the world's number one Test side," the New Zealand Herald's Niall Anderson wrote. "To do so against a team who had won seven straight Tests, each by a massive margin, makes it even more impressive."

News website Stuff.co.nz's Ian Anderson pointed out that New Zealand were "beaten and broken" entering the match after a 3-0 humiliation in their last Test series in Australia.

"When the ball's swinging, and it did for most of that Wellington Test, Boult and Southee are geniuses," he told Radio Sport.

While the wicket swung, McMillan said it was not the "green monster" some had predicted and India's batsmen could not blame it for the loss.

"They didn't make any adjustments in the way they played, they threw their hands at the ball like they do in India," he said.

"When the ball doesn't bounce above knee high you can get away with some of those shots -- in New Zealand you don't."

Overall, he rated it "a terrific performance" from the Black Caps.

"I haven't seen India, the number one Test side in the world, dismantled like they were over those four days in Wellington," he said.

The result means New Zealand head into their next match in Christchurch starting Saturday with the chance of claiming a rare Test series sweep over India.

That has only happened once before, when New Zealand whitewashed a two-Test series at home in December 2002.