KL Rahul has been tremendous form with the bat in the series with New Zealand and has improved his wicketkeeping by leaps and bounds, making him a genuine all-rounder. 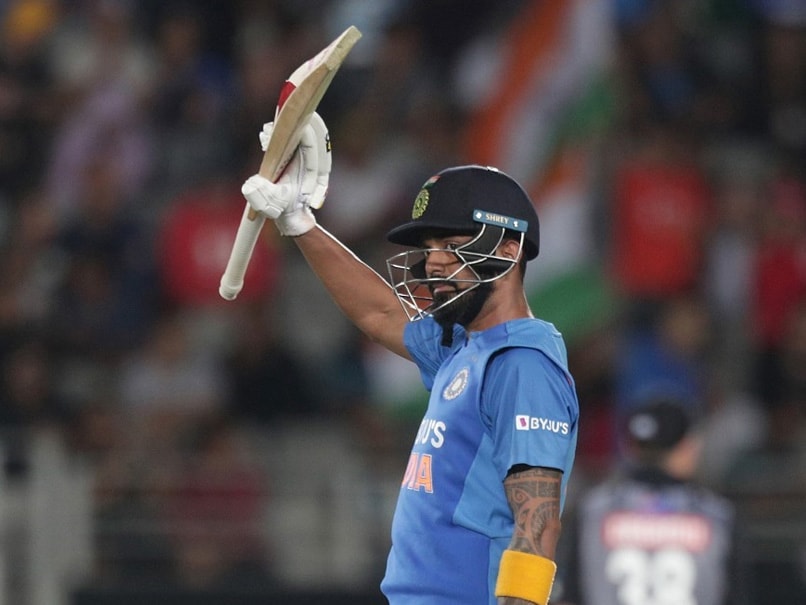 KL Rahul was the highest run-scorer in the five-match T20I series in New Zealand.© AFP

KL Rahul's impressive string of performances in the five-match T20I series in New Zealand saw him jump to a career-high 2nd spot in the ICC T20I player rankings. Rahul had scores of 56, 57*, 27, 39 and 45 in the five matches and finished the series as the highest run-scorer as well as the Man of the Series. Shreyas Iyer and Manish Pandey also saw big jumps in their rankings after impressing against New Zealand. In the bowling department Jasprit Bumrah, Navdeep Saini and Shardul Thakur also shot up the rankings.

Rahul jumped up four spots to be second in the batsmen's list, with only Babar Azam ahead of him. Rahul has 823 points while Azam is 56 points ahead with 879.

Rohit Sharma, who hit two half-centuries in the series and delivered the goods in a thrilling Super Over in the 3rd T20I, also moved up to the 10th spot, becoming the third Indian in the Top 10 after Rahul and Virat Kohli.

Shreyas Iyer jumped up a whopping 63 places to be ranked 55th while Manish Pandey climbed 12 spots to occupy the 58th spot.

Among bowlers, Jasprit Bumrah, who was out with an injury for a long spell, climbed 26 spots to be 11th on the rankings. Yuzvendra Chahal rose 10 spots to attain the 30th rank while Shardul Thakur and Navdeep Saini jumped up 34 and 25 spots respectively to claim the 57th and 71st ranks respectively after a good show in New Zealand.

Jasprit Bumrah Navdeep Saini Shardul Thakur Cricket
Get the latest updates on ICC T20 Worldcup 2022 and CWG 2022 check out the Schedule, Live Score and Medals Tally. Like us on Facebook or follow us on Twitter for more sports updates. You can also download the NDTV Cricket app for Android or iOS.