New Zealand vs India: KL Rahul was adjudged Man of the Series for his brilliant performances with the bat. 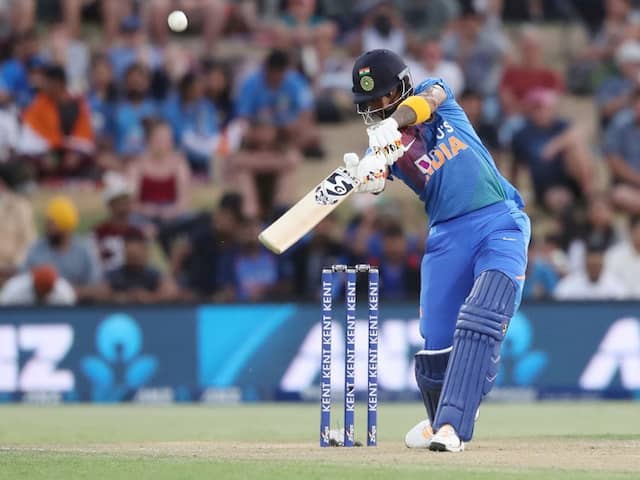 KL Rahul was in fine form in the New Zealand vs India T20I series.© AFP

In-form India batsman KL Rahul said he is not thinking about the T20 World Cup yet but hopes to continue batting in the same vein, after India swept New Zealand 5-0 in the T20I series. Rahul had scores of 56, 57*, 27, 39 and 45 in the five T20Is and was adjudged the Man of the Series. Rahul also captained Indian in their fielding session as stand-in skipper Rohit Sharma got injured while batting. Virat Kohli was rested for the final game in Mount Maunganui.

"It is great to be standing here winning 5-0. Very happy that my performances could result in victories for India. We were happy to come into this series with confidence and to keep executing our skills every game," Rahul said after the game.

"We came up with answers for every situation and it is a great result for me and the side. I am batting really well now and I am happy to do the roles I am doing for my side. Not thinking too much about the T20 World Cup at the moment, but hopefully I can continue batting this way," he added.

Rahul said the team is developing a winning habit.

"I think it is a winning habit that we have cultivated wherein we want to win every time we step onto the ground. As a team we keep believing in each other.

"It is unfortunate what happened with Rohit, but hopefully he'll be fine in a couple of days," he said on Rohit Sharma who suffered with cramps after scoring 60 as India batted first. They won the final game by seven runs.

Rahul said leading up to the World Cup in October, the team wants to try out few strategies.

"Leading up to the World Cup, there were a few strategies that we wanted to try out. It just keeps giving us more and more confidence to keep going around.

"We'll relax a little bit over the next couple of days and enjoy the victory. But once we start with the next series, the process will remain the same. We want to win games of cricket every time we go out. The kind of cricket we are playing is fun to watch and we hope to keep repeating this."