Rohit Sharma smashed his way to his 21st T20I half-century before walking off the field due to some discomfort in his calf. 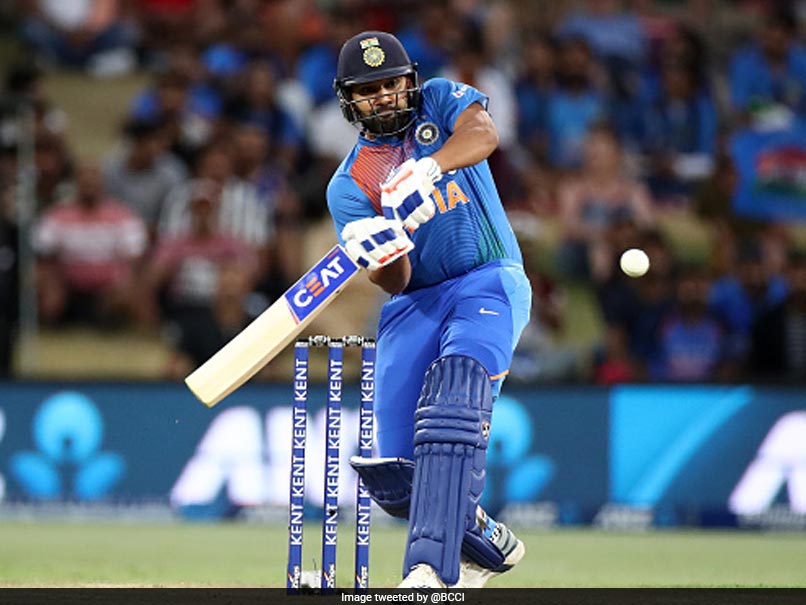 Rohit Sharma on Sunday went past Virat Kohli to become the only batsman with 25 scores in excess of 50 in Twenty20 International (T20I) cricket. Rohit Sharma achieved the feat during the ongoing fifth and final T20I against New Zealand at the Bay Oval in Mount Maunganui on Sunday. Rohit brought up his 21st half-century in just 35 balls with the help of two sixes and three fours. Just after scoring his fifty, Rohit smashed Ish Sodhi over square-leg for a maximum before walking off the field retired hurt due to some discomfort in his calf.

While Rohit has 21 half-centuries to his name in the shortest format of the game, his four T20I centuries makes him the only batsman with 25 scores of 50-plus.

India captain Virat Kohli, who has 24 half-centuries but no hundreds in the T20I format, is second in the list.

New Zealand's Martin Guptill and Ireland's Paul Stirling are tied for third place with 17 fifties while David Warner sits in fourth place with 16 50-plus scores.

In the match, regular skipper Virat Kohli was rested as Rohit Sharma came back for the final T20I to lead the side.

India won the toss and opted to bat but Sanju Samson failed yet again on a good batting surface.

Rohit Sharma then joined KL Rahul in the middle and the duo put on 88 runs for the second wicket.

KL Rahul missed his 12th half-century by just five runs as he was dismissed for 45 by Hamish Bennett.

Late flourish from Shreyas Iyer and Manish Pandeyhelped India post a challenging total of 163 for three from their allotted 20 overs.

David Warner New Zealand vs India, 2020 Cricket
Get the latest updates on IPL Auction 2023 and check out  IPL 2023 and Live Cricket Score. Like us on Facebook or follow us on Twitter for more sports updates. You can also download the NDTV Cricket app for Android or iOS.