Jasprit Bumrah was named the player of the match for his impressive spell of four overs in which he took three wickets for 12 runs. 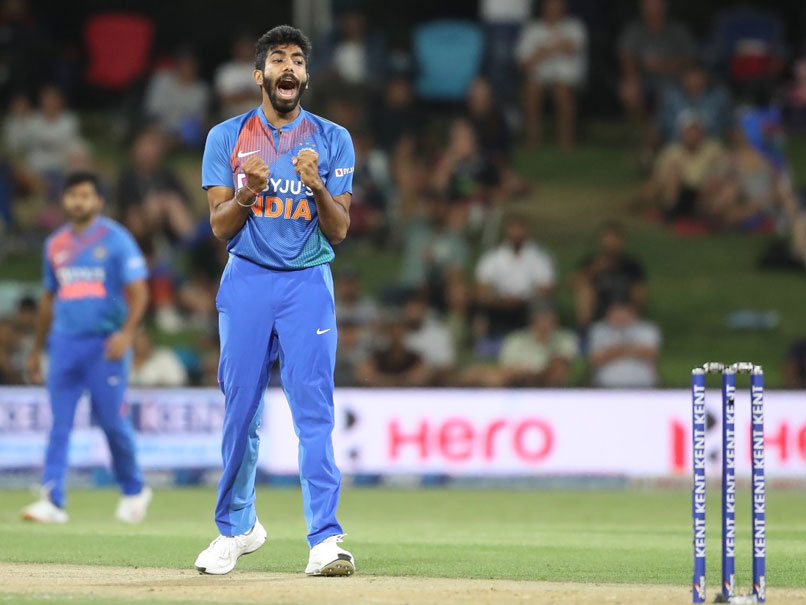 Jasprit Bumrah picked up three wickets in the fifth and final T20I vs New Zealand.© AFP

Jasprit Bumrah found his line and length back after two below-average outings with the ball against New Zealand in the recently concluded Twenty20 International series on Sunday. Jasprit Bumrah became the first bowler in T20I cricket to bowl seven maiden overs, going past Sri Lanka's Nuwan Kulasekara who had bowled six overs without conceding a run during his 58-match long career. Jasprit Bumrah broke the world record in his impressive spell of three for 12 from four overs at the Bay Oval as India completed a historic whitewash over New Zealand, becoming the first team to register a series sweep in a bilateral five-match T20I series.

For his impressive outing with the ball, Jasprit Bumrah was adjudged the player of the match.

In the match, India opted to bat in the final T20I as Rohit Sharma replaced Virat Kohli in the playing XI.

The stand-in skipper Rohit Sharmatop-scored for India with a knock of 60 off 41 deliveries but then retired hurt due to a niggle in his calf.

Late flourish from Shreyas Iyer and Manish Pandey helped India to a challenging total of 163 of three in 20 overs.

Chasing 164 for the win, New Zealand got off to a horrendous start as they lost both their openers in the first three overs.

Tim Seifert and Ross Taylor put on a 99-run stand for the fourth wicket.

Seifert scored a fifty but once Navdeep Saini sent him packing, New Zealand lost the momentum and kept losing wickets at regular intervals.

The hosts eventually fell seven runs short of the target and lost the series 0-5.

This is the first time in T20I history that a team has won all the matches in a five-match bilateral series.

Nuwan Kulasekara New Zealand vs India, 2020 Cricket
Get the latest updates on ICC T20 Worldcup 2022, check out the Schedule and Live Score. Like us on Facebook or follow us on Twitter for more sports updates. You can also download the NDTV Cricket app for Android or iOS.