Jasprit Bumrah has not been at his best since his return from injury but Kane Williamson feels the pacer is bowling "very nicely". 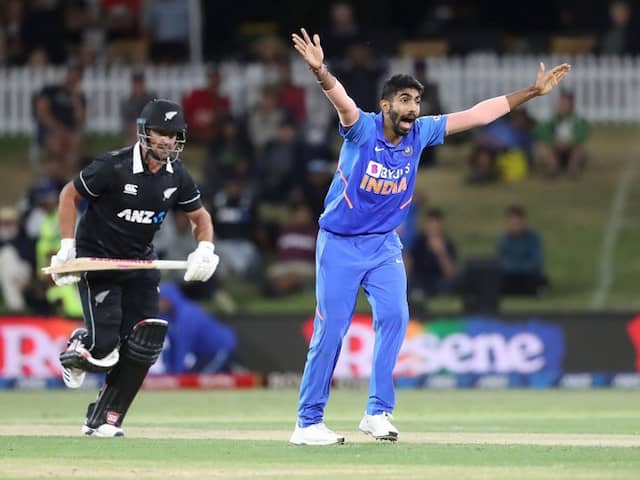 Jasprit Bumrah failed to pick up even a single wicket in the three-match ODI series against New Zealand.© AFP

Jasprit Bumrah had a quiet three ODIs against hosts New Zealand going by his lofty standards. The No.1 ODI bowler returned wicketless from three matches as India lost the series 0-3 to New Zealand, the first time that Bumrah has gone wicketless in a limited overs series. However, Kiwi skipper Kane Williamson lauded the pacer, saying that Bumrah is always a threat with a ball in his hand. "We know that Bumrah is a world-class bowler in all formats," Williamson said after the third ODI at Mount Maunganui's Bay Oval on Tuesday which New Zealand won by five wickets.

"He's a threat when he has a ball in his hand, but I think there's too much to look into it. He's obviously back into the game after a period of time off. But from what I saw, he's bowling very nicely," Williamson said.

Bumrah is making a comeback after a long injury layoff and looked rusty initially in the five T20Is against New Zealand that preceeded the ODI series. But he was at his best in the last T20I where he returned magical figures of 3/12 as India swept the series 5-0.

Along with Bumrah, India's other mainstay skipper Virat Kohli also endured a lean patch during the three ODIs. The pair would be eager to make a strong comeback in the two-Test series starting February 21 in Wellington.