India and New Zealand will lock horns in the first T20I of the five-match series in Auckland on Friday. 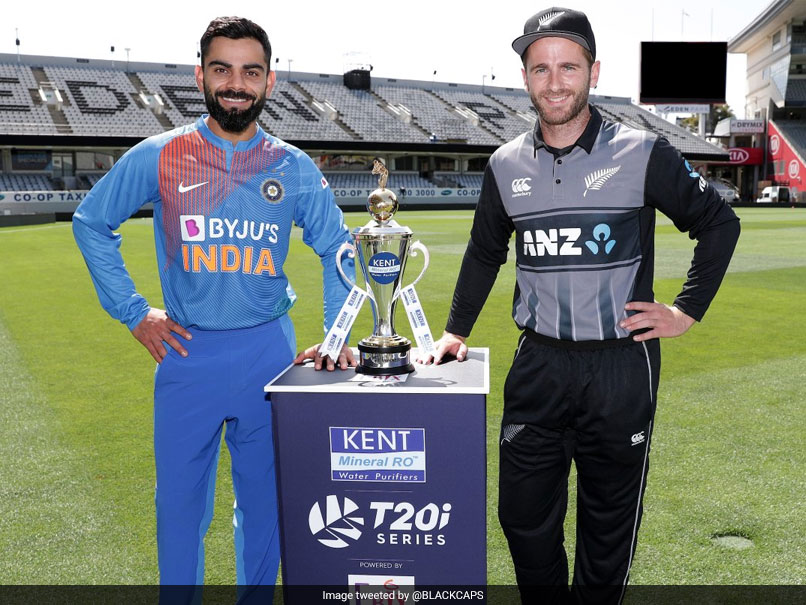 New Zealand has the edge over India in T20I head to head encounters.© Twitter

India, after beating Australia in the One-day International (ODI) series at home, will take on New Zealand in a five-match Twenty20 International (T20I) series, starting Friday. India suffered a huge setback ahead of the T20I series as opening batsman Shikhar Dhawan injured his left shoulder and was ruled out of the T20I and ODI series against New Zealand. Wicketkeeper-batsman Sanju Samson was recalled into the T20I squadfor the series in New Zealand on Tuesday. With the T20 World Cup scheduled to be played later this year in Australia, India captain Virat Kohli will look to find the right combination going ahead in the shortest format of the game.

For New Zealand, the spotlight will be on their captain Kane Williamson after his side lost the three-match Test series 0-3 to Australia.

Speaking ahead of the game, Virat Kohli lavished praise on his counterpart and said that Williamson is a "smart cricketer" and he has the respect of his teammates.

"It's also about how you can get the team together and get the guys functioning under you as well, which I think Kane has done wonderfully well," Kohli said.

"He has the respect of his teammates and he has the trust of his team-mates, is what I can see, and he's also a very, very smart cricketer."

New Zealand head into the series with injuries in the pace bowling ranks and short of recent Twenty20 matches, but they do have the advantage of home wickets where they have excelled against India in recent years.

Although currently ranked sixth in the T20I format, one place below India, New Zealand claim an 8-3 win-loss record against India including a 2-1 series at home last year.