Virat Kohli said Tom Latham and Ross Taylor were unstoppable in the middle overs after New Zealand chased down 348 to win the first ODI. 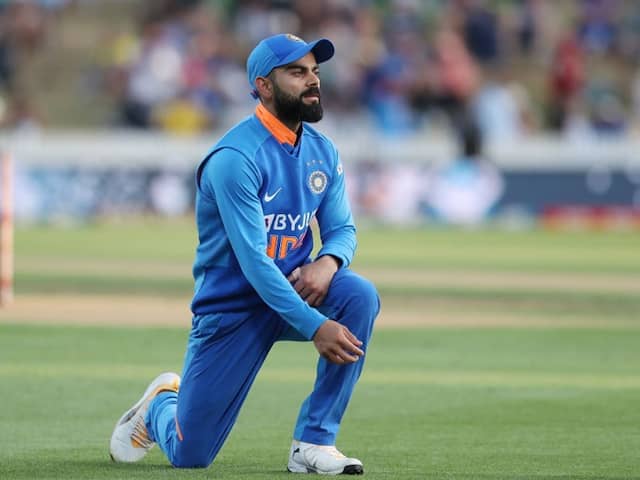 Virat Kohli conceded that his counterpart Tom Latham's blistering knock took the game away from them as New Zealand registered a four-wicket victory against India in the first ODI at Seddon Park on Wednesday. Stand-in captain Latham hit a 48-ball 69 and shared a crucial 138-run stand with Ross Taylor who was unbeaten on 109 to win the match for the Black Caps. "An outstanding performance from New Zealand. We thought 347 was good enough, especially after the start we got with the ball," Kohli said after the match.

"I think Tom's innings took the game away from us. Ross and Tom were unstoppable in the middle overs," he added.

India missed a chance to get rid of Taylor after Kuldeep Yadav dropped a tough chance. Asked about their fielding, Kohli said: "We were decent in the field, we dropped one chance. We need to improve though. We can't think about that one chance. To bat with a positive frame of mind for about 25 overs after that chance is not a small thing at all.

"I got to say that the opposition played better than us and deserved to win today. Both new openers gave us a good start, hope they continue to do the same. Shreyas' hundred was outstanding and KL was brilliant with the bat too," Kohli added.

The two teams will now face off in the second ODI at the Eden Park on Saturday.