Kobe and Gianna Bryant were among nine people who died in the January 26 helicopter crash in the mountains west of Los Angeles. 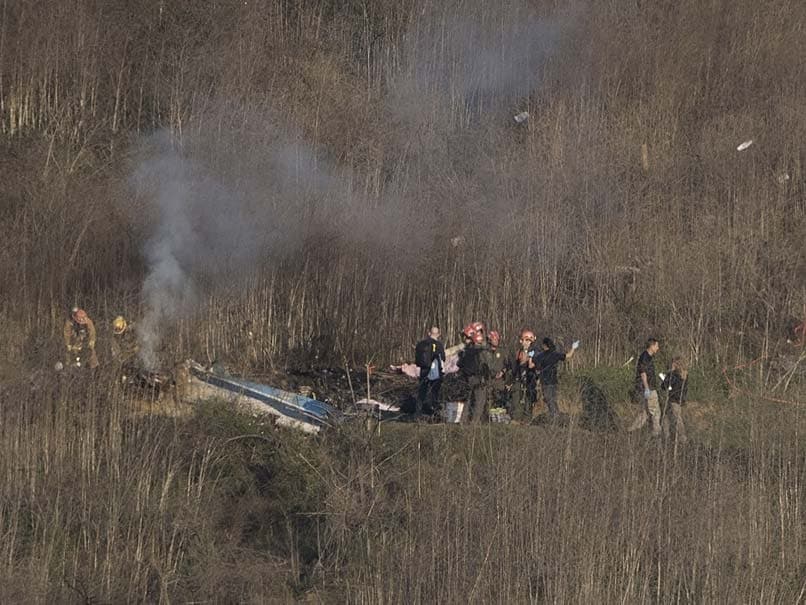 Vanessa Bryant is suing the Los Angeles County sheriff's department over unauthorised photographs of the scene at the helicopter crash that killed her husband, NBA legend Kobe Bryant, and their 13-year-old daughter Gianna. People magazine obtained the legal claim filed on Friday in which Vanessa Bryant seeks damages for emotional distress and mental anguish in the wake of revelations that eight sheriff's department deputies took graphic photos of the scene and shared them with others.

Kobe and Gianna Bryant were among nine people who died in the January 26 helicopter crash in the mountains west of Los Angeles.

According to the court filing obtained by People, "no fewer than eight sheriff's deputies were at the scene snapping cellphone photos of the dead children, parents, and coaches.

"As the Department would later admit, there was no investigative purpose for deputies to take pictures at the crash site. Rather, the deputies took photos for their own personal purposes."

The only people authorised to take pictures of the scene were investigators from the National Transportation Safety Board and the coroner's office.

Sheriff Alex Villanueva acknowledged in March that deputies had taken photos of the crash scene, after the Los Angeles Times reported the existence of the pictures.

Entertainment news website TMZ.com reported then that a bartender had lodged a complaint after hearing a trainee sheriff's deputy showing the images to a customer in a bar.

Villanueva said in March that the department had identified the deputies involved and ensured that the photos were destroyed so that they could not be circulated further.

At that time Vanessa Bryant asked for an internal affairs investigation and sanctions for all involved.

"Rather than formally investigate the allegations to identify the extent of dissemination and contain the spread of the photos, Department leadership reportedly told deputies that they would face no discipline if they just deleted the photos," the filing reads, according to People.

The legal claim also states that Vanessa Bryant has been made aware that some of the photos have surfaced on the internet.

"This (lawsuit) solely is about enforcing accountability, protecting the victims and making sure no one ever has to deal with this conduct in the future," a spokesperson for the Bryant family told People.

Comments
Topics mentioned in this article
Kobe Bryant NBA
Get the latest updates on ICC T20 Worldcup 2022 and CWG 2022 check out the Schedule, Live Score and Medals Tally. Like us on Facebook or follow us on Twitter for more sports updates. You can also download the NDTV Cricket app for Android or iOS.