Haryana Steelers defeated UP Yoddha 36-33 while Bengal Warriors outclassed Gujarat Fortunegiants 28-26 in a close contest in the PKL season seven. 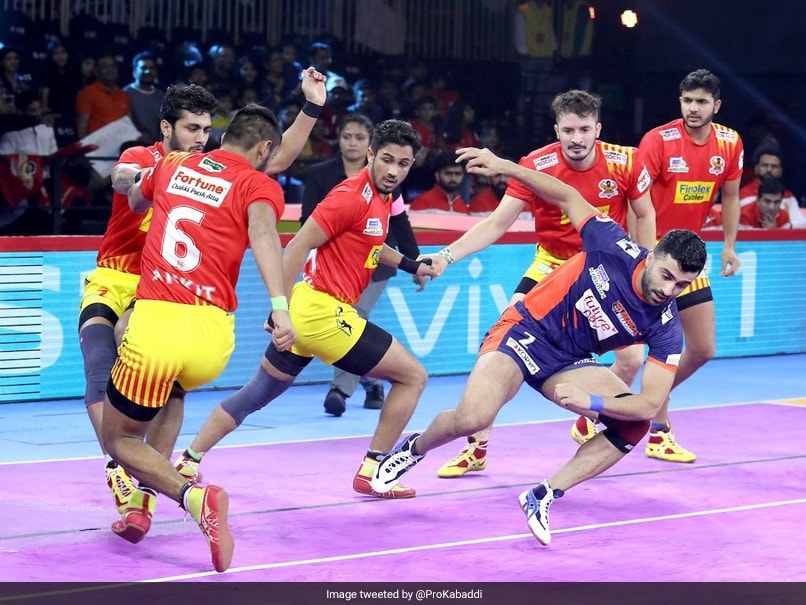 UP Yoddha suffered a 26-28 defeat at the hands of Bengal Warriors.© Twitter

Haryana Steelers' Vikash Kandola was the top performer for his side with a Super 10. Sunil scored his 3rd High 5 of the season.

UP Yoddha, despite getting a solid start, failed to keep the momentum going with Kandola playing exceptionally well for Haryana Steelers.

For UP Yoddha, Shrikant Jadhav was the best raider with 9 raid points and Sumit was the best defender with 4 tackle points.

While, for Haryana Steelers, Vikash Kandola was the best raider with 12 raid points while Sunil was the best defender with 6 tackle points.