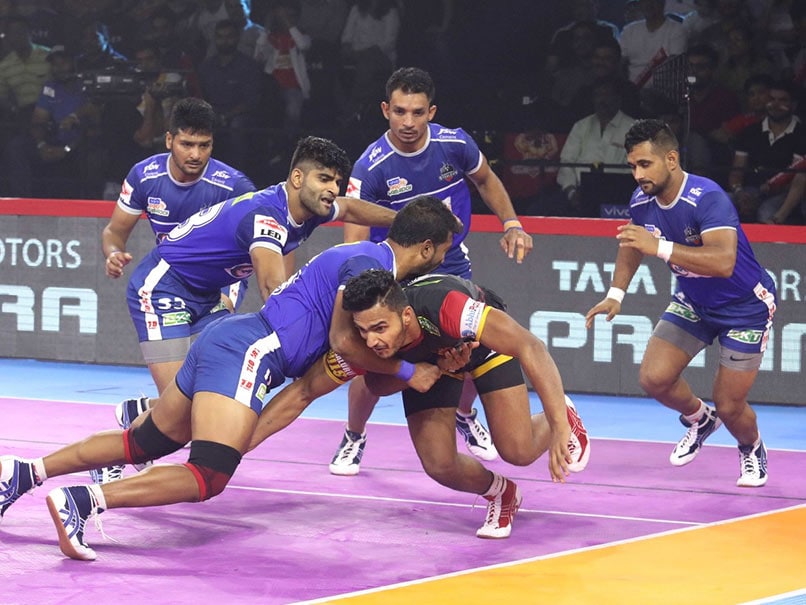 Haryana Steelers won their second consecutive match in the Pro Kabaddi League (PKL) season seven after they beat Bengaluru Bulls 33-30 in Ahmedabad on Sunday. Raider Vikash Khandola starred yet again for Haryana Steelers with 12 points besides reaching a personal milestone of 200 successful raids. In the other match, Telugu Titans defeated Gujarat Fortunegiants 30-24 at the EKA Arena. For Haryana, Vikash started on a positive note, scoring a point in his very first raid. Bulls initially took the lead, but Vikash removed main man Pawan Sehrawat out of the equation during a Do-or-Die raid. In the very next minute, Steelers captain Dharmaraj Cheralathan tackled Mohit Sehrawat to narrow tha gap with the Bulls.

Pawan, who has been in great form for Bulls this season, was kept in check by the Steelers defenders. But Bulls' captain Rohit Kumar came up with successful raids to keep the scoreboard ticking for his team.

Towards the end of the first period, Steelers reduced the gap with successful tackles and raids and by inflicting an All-Out on the Bulls during the dying minutes of the first half as the scoreboard read 17-16 in Bulls' favour.

At the start of the second half, defender Vikas Kale did his job to perfection as Steelers took the lead for the very first time.

Both teams played it safe as the half progressed, but Vikash tried really hard to ensure a Steelers win. Apart from successful raids, the raider contributed defensively as well to take his team home as Steelers notched up their third win of the season with a 33-30 verdict.

Steelers will next take on UP Yoddha on Wednesday.