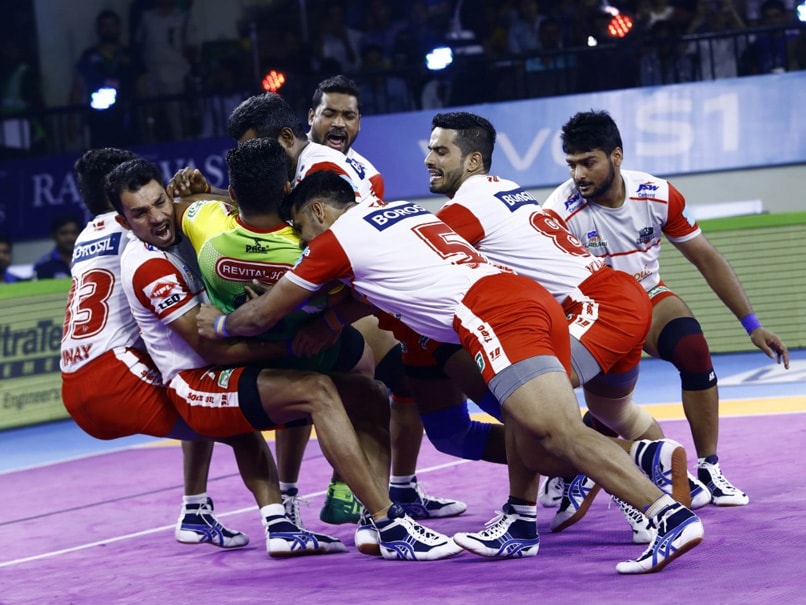 Haryana Steelers ended their disappointing run in the Pro Kabaddi League (PKL) season 7 as they beat hosts Patna Pirates 35-26, registering their first win after three straight losses on Wednesday. Raider Vikash Kandola starred for the visiting team scoring 10 points. The other match of the day between UP Yoddha and Tamil Thalaivas ended in a tie after both teams scored exactly 28 points in 40 minutes. The return of Vikash was a major boost in confidence for the Steelers. They got off to a fine start, taking an eight point lead in the first 10 minutes of the match. Dharmaraj Cheralathan and Vikas Kale ensured that the raiders of the Pirates were at bay and not scoring easy points.

The Steelers' plans to subdue opposing captain Pardeep Narwal were clearly working out as he couldn't get the scorecard ticking. Right before the end of the first period, Steelers raider Vinay increased the lead winning three crucial points through a Super Raid.

Narwal made sure the Pirates were still in the hunt as he too won three points through his raid right before the whistle. The first half was clearly one sided favouring the Steelers who were in command at 17-9.

During the start of the second half, Vikash's raid wiped the Pirates All-Out for the second time in the match, while he also got past 250 points in the PKL.

Halfway through the second period, Steelers were dictating proceedings with a 10 point lead but were still aware of the threat posed by the opponents' captain.

The defenders of the Steelers were executing their game plan to perfection by keeping Narwal out of the pitch.

The visitors took it easy and did not give away much to the Pirates to register an easy win.

The Steelers will next take on Bengaluru Bulls at the EKA Arena in Ahmedabad on Sunday.