Delhi Capitals batter Rovman Powell has said that he wants to pick the brains of head coach Ricky Ponting. 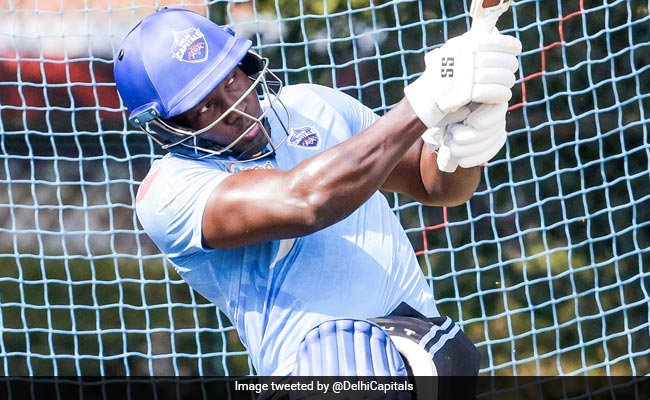 Delhi Capitals' batter Rovman Powell is keen to "learn a thing or two" about every aspect of the game from head coach Ricky Ponting when he works with the former Australian skipper during the upcoming season of the IPL. The IPL 2022 will begin on March 26 and matches will be played in Mumbai and Pune. Delhi Capitals will take on Mumbai Indians in their first match of the season on March 27.

"As a child I watched Ricky Ponting bat a lot. We know the type of leader he was when he captained the Australian team and I think he is the same type of leader as a coach as well," the 28-year-old Powell, who also plays for the West Indies, was quoted as saying in a release issued by the franchise.

"He is really good and hopefully I can learn a thing or two from him," he added.

"It's been very good to be in the Delhi Capitals camp. I have heard a lot of good things about this franchise. The players have welcomed me with open arms.

"I had a chat with Rishabh during the T20 series in Kolkata as well. He told me that he is excited to have me in the Delhi Capitals team," said Powell, who has played 39 T20s.

Bharat said he is looking to keeping things simple this season.

"It's amazing to be back in the Delhi camp. I am looking forward to a fantastic season as a unit. It's been good to interact with some of the players during our first training session as well.

"I am looking to keep things simple and follow my process this season," said Bharat.