Ramesh fondly recalls the time he travelled the country for making Rs 500-1000 a day in tennis ball events, a career that also made him board his first ever flight. 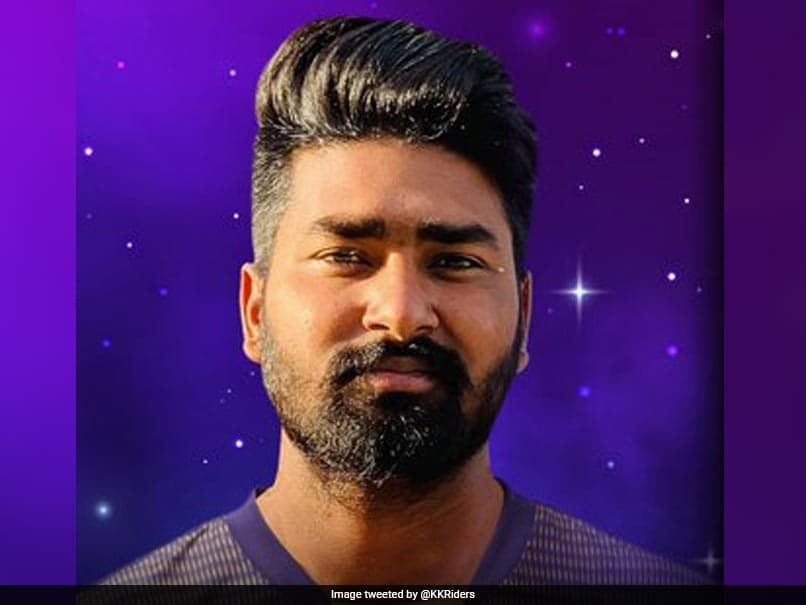 A Rs 20 lakh contract may not sound like much when deals worth crores were sealed at the IPL auction but for tennis-ball sensation Ramesh Kumar, it has ensured that his father doesn't have to make a living as a cobbler and his mother no longer needs to criss-cross villages in Punjab's Fazilka district to sell bangles. Ramesh, who is better known as 'Narine Jalalabad' in tennis-ball circles, was already a youtube star due to his exploits with both bat and ball. Post the auction and the signing with Kolkata Knight Riders last weekend, his remarkable story has reached a wider audience.

Even as a tennis ball 'nomad', he requested his ageing parents to stop working but they would "never listen" to him. An IPL deal, however, has finally convinced them that their son can have a future in the game and they need not slog.

"They have finally agreed to not work anymore. I never wanted them to do this work in the first place but it had to be done out of necessity," Ramesh, who once blasted a 10-ball 50 in a local tournament, told PTI.

He also plans to use the IPL money for the education of his younger brothers.

The phone has been buzzing non stop since KKR made a winning bid for him at the auction but Ramesh remains grounded and focussed.

"Life has not changed yet paaji, life will change when I perform in the IPL. The way I see it, I have finally got the platform I needed," he said.

The 23-year-old from Jalalabad plied his trade in tennis-ball tournaments across India for seven years but it was only last year he got a taste of 'leather' ball. Ramesh impressed in Punjab Cricket Association's district level tournament following which he was called for the Ranji Trophy camp.

He owes his career to senior Punjab batter and IPL regular Gurkeerat Mann who helped him reach the KKR trials in Mumbai.

KKR assistant coach and former India all-rounder Abhishek Nayar was also convinced about his rare talent at the trials which eventually led to Ramesh's signing at his base price.

Having not played proper cricket at any level, it remains to be seen if Ramesh will be ready for his big break at the IPL but if T Natarajan can play for India after making his name in tennis-ball cricket, 'Narine Jalalabadi' too fancies his chances.

Ramesh fondly recalls the time he travelled the country for making Rs 500-1000 a day in tennis ball events, a career that also made him board his first ever flight.

"You must have seen my videos (on youtube) paaji. I am basically a tennis ball player. Since I could turn the ball away and turn back in, people advised me to play to with leather ball. They would say 'you might make it big'.

"But I didn't have the support that I need to pursue the game professionally. I used to play an odd leather ball game but mainly it was all tennis ball cricket.

"It started with me playing all across Punjab. When I performed, I got calls from other states too. Sometimes I made 500 in a day, sometimes it was 1000. It was just about enough to run the house and manage my travel expenses," he said.

Having got the stage he was desperately looking for, Ramesh now feels playing for India is also a possibility though he knows he has a long way to go.

He needs to improve his skills and fitness drastically.

"Paaji I used to bowl with cosco ball which is very light. The leather ball is much heavier and it is harder to make it turn but I am slowly getting better. I am sure the IPL stint will help my game in a big way," he added.

Kolkata Knight Riders Ramesh Kumar IPL 2022 IPL Auction 2022 Cricket
Get the latest updates on IPL Auction 2023 and check out  IPL 2023 and Live Cricket Score. Like us on Facebook or follow us on Twitter for more sports updates. You can also download the NDTV Cricket app for Android or iOS.