The IPL 2022 final will be preceded by a grand closing ceremony. 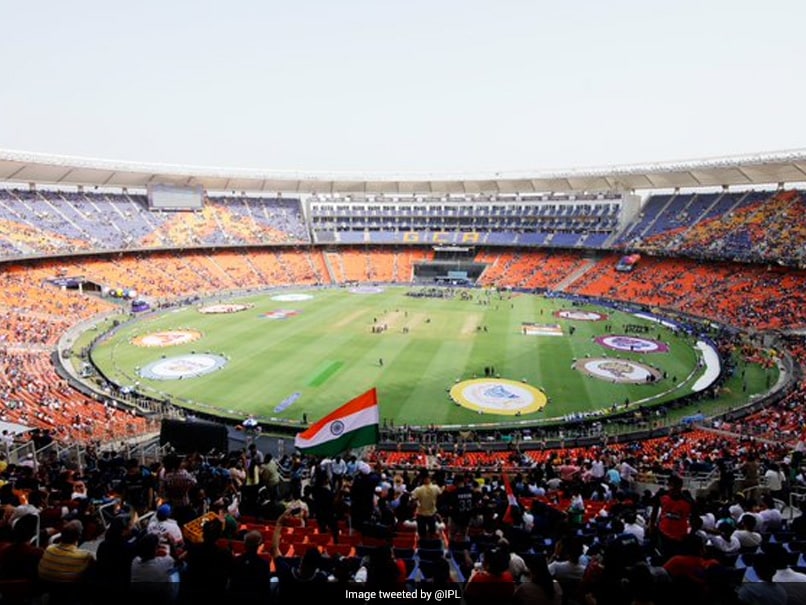 The Narendra Modi Stadium in Ahmedabad ahead of the IPL 2022 final.© Twitter

The Indian Premier League 2022 grand finale is all set to start where Gujarat Titans will take on Rajasthan Royals on Sunday, but before the match starts a star-studded closing ceremony will take place at the Narendra Modi Stadium in Ahmedabad. Bollywood star Ranveer Singh as well as singers AR Rahman and Neeti Mohan will perform to make the evening memorable. "It is the 15th year of IPL and on this milestone occasion, the closing ceremony for this year's IPL has to be really mega. It is a grand closing ceremony with the best of the global superstars coming to perform for the audience. It is going to be really huge because we are not just having two star icons performances for the offline stadium that are sitting inside the stadium and for the online viewers, " said Chanda Singh who is managing the closing ceremony of IPL 2022.

"We are also going to make it a huge event, a huge closing ceremony by creating a world record which you are going to see very soon. It is going to be huge because you have AR Rahman performing for us, you have Ranveer Singh who is performing for us as well. AR Rahman is performing a tribute concert for Team India and 75 years of Indian cricket so its a salute of IPL to 75 years of cricket in India. Ranveer is celebrating each of the 10 teams which are playing which is huge from the last many years of IPL, " added Chanda.

This closing ceremony is going to be an enthralling one not only for almost 1 lakh clamouring fans in the stadium but also for the fans watching it on TV and on online platform.

"We also have something innovative and exciting for our online viewers. We are bringing alive 75 years of Indian cricket through augmented reality on broadcast for the first time and people will be witnessing some of the highlight moments of 75 years of Indian cricket and how every decade has been able to ensure that this sport is loved by so many people and so many fans in our country. So, that is the innovation we are bringing alive to our audience, " pointed Chanda Singh.

The closing ceremony will start at 6:25 PM IST. Big dignitaries like Prime Minister Narendra Modi, Home Minister Amit Shah, and Sports Minister Anurag Thakur are also expected to be present for the final at Ahmedabad.

Comments
Topics mentioned in this article
IPL 2022 Gujarat Titans vs Rajasthan Royals, Final Cricket
Get the latest updates on ICC T20 Worldcup 2022, check out the Schedule and Live Score. Like us on Facebook or follow us on Twitter for more sports updates. You can also download the NDTV Cricket app for Android or iOS.