Shreyas Iyer, who was bought for for Rs 12.25 crore in the IPL mega auction, will be leading the Kolkata Knight Riders in IPL 2022. 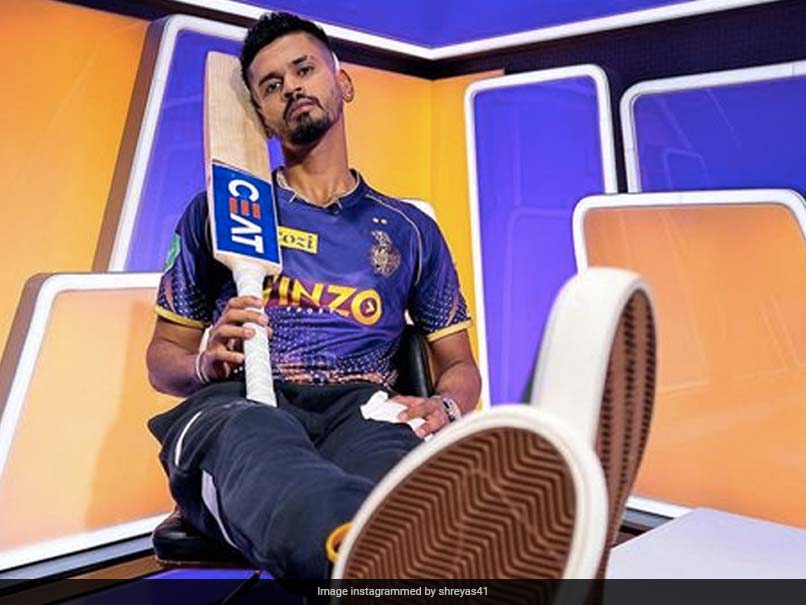 IPL 2022: Shreyas Iyer said that he loves batting at the No.3 position.© KKR/Instagram

Kolkata Night Riders (KKR) captain Shreyas Iyer said that he is ready to bat at any position in the upcoming Indian Premier League (IPL) 2022. In the mega auction, KKR had bought Shreyas Iyer for Rs 12.25 crore. Earlier, the right-handed batter had led Delhi Capitals in the IPL. "You can't basically portray yourself as an anchor. It can differ as well. On a given day, I can be a power-hitter and there can be some other player who can play an anchor role. The situations and roles can change based on conditions, and you can't basically rely on a certain player to anchor the innings. If it's your day, you need to go all out and see to it that you win the match for the team," said Shreyas Iyer in a video posted on KKR's YouTube channel.

"Basically, the responsibility has to be taken by all players in the team -- to go out there and win the match and not rely on other players. For me, personally, I feel No.3 is my position because I love to bat there and I've been batting at that position since very long. I've been very flexible; wherever the team wants me to bat at, I'm very comfortable at that and I'm ready to explore," he added.

Shreyas Iyer is also pleased with the aggressive and fearless mindset of KKR and said that he wants his players to carry on this intensity.

"They [KKR] have always been aggressive and they've been fearless as a team. Right from ball one, they like to throw the punch and put you on the back foot. And obviously, you need to have that kind of a mindset. I go through with the same mindset whenever I go out to bat, and when I want to lead as a captain, I want such kind of intensity from my players as well. If it comes from the coach, it's greater because the energy is basically provided by the coach and captain," said the skipper.

"I'm really happy with the mindset and planning that KKR have nourished over the years. Basically, I also have a similar kind of mindset - go out there and express ourselves as much as possible and not to have any regrets when we get off the field. Whatever you do, you do it for the team and you put yourself second - I think that's the mindset I like to focus on as captain," he added.

IPL 2022 will kick start from March 26 with KKR taking on defending champions Chennai Super Kings (CSK) in the first match of the season.

Kolkata Knight Riders Shreyas Iyer IPL 2022 Cricket
Get the latest updates on IPL Auction 2023 and check out  IPL 2023 and Live Cricket Score. Like us on Facebook or follow us on Twitter for more sports updates. You can also download the NDTV Cricket app for Android or iOS.