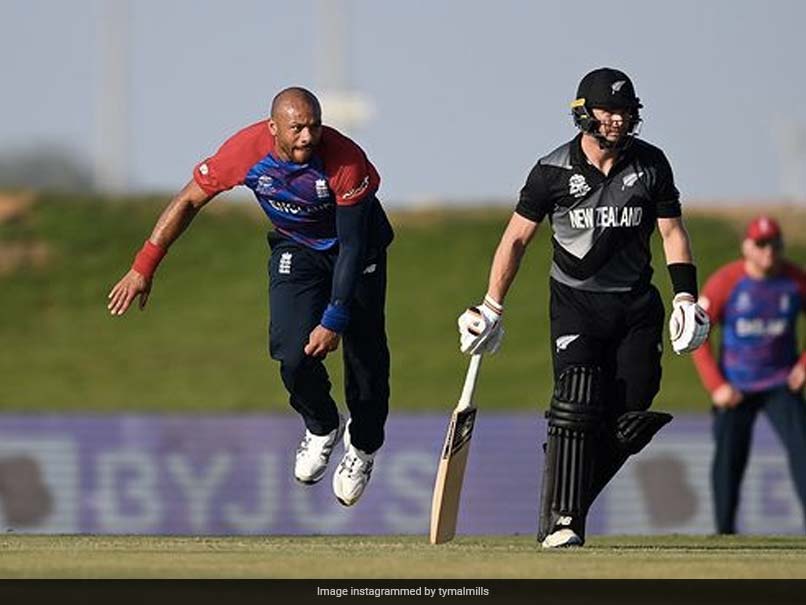 England pacer Tymal Mills has said that Mumbai Indians is one of the most successful franchises in T20 cricket and he cannot wait to play for the Rohit Sharma-led side in the Indian Premier League (IPL). Tymal Mills was picked up by Mumbai Indians for Rs 1.5 crore on Day 2 of the IPL mega auction on Sunday. "I knew that they were interested. Mahela Jayawardene sent me a text saying that they were nominating me as part of the accelerated process, and checking in to make sure I was fit and well. That settled the nerves a little bit but you never know, do you," ESPNcricinfo quoted Mills as saying.

"I was a bit nervous watching it unfold, so it was obviously nice to get that first bid in, and then you're waiting to see where you're going to end up. It's great to be back with Mahela, and obviously, Mumbai is a storied franchise. Everyone that's played for them speaks really highly of how they look after their players so I can't wait to get out there," he added.

"I played with Mahela back at Sussex a few years ago and obviously I know Jofra really well. I played with Tim David in the Hundred, with Riley Meredith at Hobart, and with Polly [Kieron Pollard] at [Peshawar] Zalmi in the PSL. Those types of things only help when teams are at the auction table - that bit of familiarity," said Mills.

"I know Jof's turning his arm over again. I don't know what his exact plan is for the rest of the year but we've been texting each other already and it's great to be playing with a lot of familiar faces. Fingers crossed, Jof's elbow is behind him and he's getting back to playing cricket before long," he added.

Jofra Archer would not be available for this season, and he would come to play for the Mumbai Indians in the IPL from next year.

England Cricket Team Tymal Mills IPL 2022 Cricket IPL Auction 2022
Get the latest updates on Fifa Worldcup 2022 and check out  Fifa World Cup Schedule, Stats and Live Cricket Score. Like us on Facebook or follow us on Twitter for more sports updates. You can also download the NDTV Cricket app for Android or iOS.