IPL 2022: SunRisers Hyderabad have signed medium pacer Sushant Mishra, who played in the 2020 U-19 World Cup, as a replacement for Saurabh Dubey. 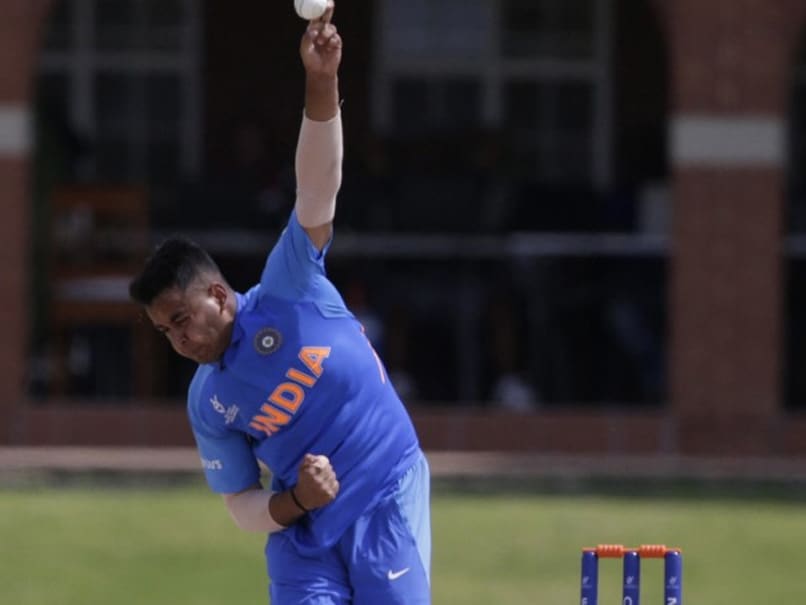 Sushant Mishra represented India at the 2020 U19 World Cup.© AFP

Left-arm medium pacer Sushant Mishra has been roped in by Sunrisers Hyderabad as a replacement for the injured Saurabh Dubey for the remainder of the Indian Premier League season. The 21-year-old Sushant, who hails from Ranchi, has played four first-class matches, snaring 13 wickets. UP medium pacer Dubey has a back injury and has been ruled out for the rest of the tournament, the IPL said in a release on Wednesday. Dubey hasn't featured in a single match for SRH this season.

Sushant will join SRH at the price of Rs 20 lakh.

SRH sit fourth on the points table, having won five of their nine matches.

They will take on the Delhi Capitals on Thursday at the Brabourne Stadium in Mumbai on Thursday.

Sunrisers Hyderabad Sushant Mishra Saurabh Dubey Cricket
Get the latest updates on ICC T20 Worldcup 2022, check out the Schedule and Live Score. Like us on Facebook or follow us on Twitter for more sports updates. You can also download the NDTV Cricket app for Android or iOS.