Indian Premier League 2022: Spinner Murugan Ashwin, who made a brilliant debut for Mumbai Indians (MI) by picking 2 wickets, said that wrist spinners like him and Delhi Capitals' Kuldeep Yadav could be a force to reckon with on the Mumbai pitch. 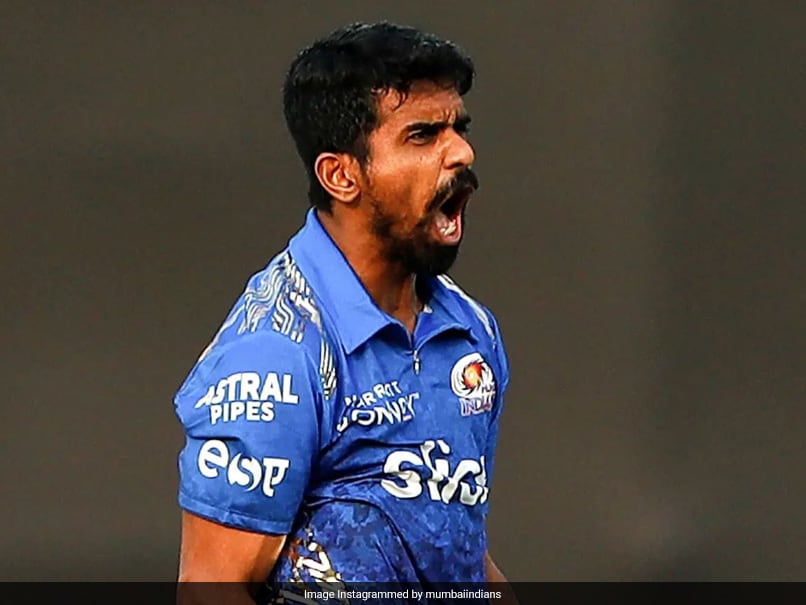 Spinner Murugan Ashwin, who made a brilliant debut for Mumbai Indians (MI) by picking 2 wickets, said that wrist spinners like him and Delhi Capitals' Kuldeep Yadav could be a force to reckon with on the Mumbai pitch. Kuldeep registered figures of 3/18, and Murugan Ashwin felt they both did the same thing on the pitch. "Both me and Kuldeep had a good game, wrist spinners, with our variations, we can do a lot off the wicket. Both of us hit the right lengths, bowled the right speeds, it's a good wicket to bat and the lines were important, we had to be precise to put the batters on the backfoot and force them to do something," said Murugan Ashwin in a post-match conference.

Chasing 178, Delhi got off to a bad start as they lost three wickets inside the first six overs. Murugan Ashwin was the pick for captain Rohit Sharma as bowler removed Tim Seifert for 21 and Mandeep Singh in his first over for Mumbai Indians.

Murugan also felt that only minor pulls were needed for Mumbai Indians to hit winning ways.

"As a bowling unit, we were looking very good out there. We need to address a few things like closing out the overs. We gave away a few more boundary balls than we'd have liked but we will regroup and come back stronger. I don't think we succumbed to pressure, we have experienced bowlers, it's just about finishing off games. We will come back," said the 31-year-old leg-spinner.

He also praised a good inning from Ishan Kishan. "Ishan was very good, he took it till the end, that was a good, responsible innings from him. He was batting well in the nets and practice games, so I'm happy for him," said Murugan.

The 18th over proved vital as Axar Patel and Lalit Yadav smashed Daniel Sams for 24 runs which included three mammoth sixes as Delhi ended any hope of Mumbai.

In the second ball of the penultimate over Patel smashed Jasprit Bumrah to four and Capitals took the honours and grabbed all the points.

Delhi Capitals Murugan Ashwin IPL 2022 Cricket
Get the latest updates on IPL Auction 2023 and check out  IPL 2023 and Live Cricket Score. Like us on Facebook or follow us on Twitter for more sports updates. You can also download the NDTV Cricket app for Android or iOS.