IPL 2022: Speaking to Ravichandran Ashwin and Karun Nair, Yuzvendra Chahal spoke about an unsavoury incident that took place during his stint with Mumbai Indians in 2013. 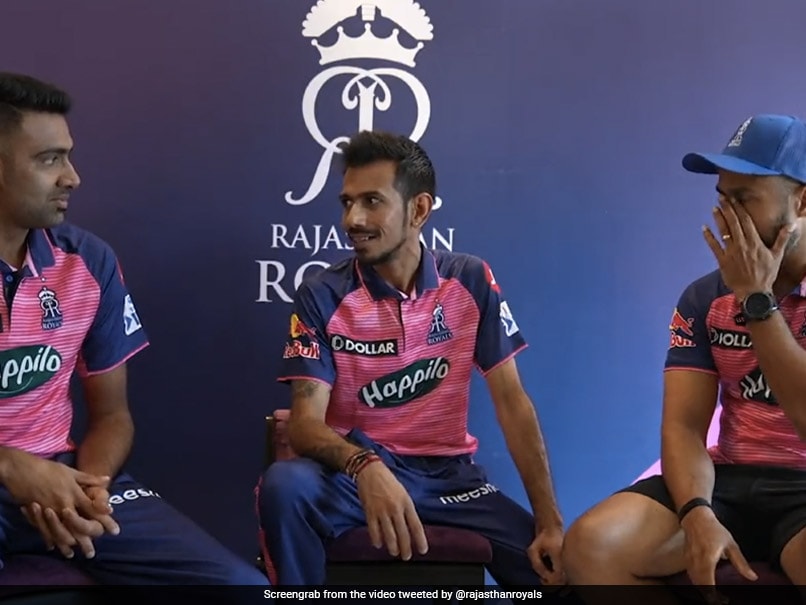 Yuzvendra Chahal is enjoying a great run with his new franchise in the Indian Premier League. Playing for the Rajasthan Royals, the leg-spinner has managed to keep it tidy and he has taken wickets at regular intervals as well. Currently, he has seven wickets in three matches for Rajasthan Royals in IPL 2022 and he would hope to continue his good showing. Off the field, Chahal is a character and a much-loved figure in the dressing room thanks to his easy going attitude. However, during his stint with Mumbai Indians in 2013, Chahal had to deal with an unsavoury incident when a player got drunk.

In a video shared by Rajasthan Royals on Twitter, Chahal along with Karun Nair and Ravichandran Ashwin narrated their "comeback stories".

The leg-spinner opened up about an incident that he himself said, "not many people know about."

He spoke about his narrow escape in 2013 when a drunk Mumbai Indians player, who Chahal chose not to name, dangled him from the balcony.

"My story, some people know about. I have never spoken about this, I never shared this. In 2013, I was with the Mumbai Indians. We had a match in Bengaluru. There was a get together after that. There was a player who was very drunk, I will not take his name. He was very drunk; he was looking at me and he just called me. He took me outside and he dangled me from the balcony," Chahal told Ashwin and Nair in the video.

"My hands were around him. Had I lost my grip, I was on the 15th floor. Suddenly many people who were there came and got the situation under control. I kind of fainted. They gave me water, then I realised how responsible you should be if you go out anywhere. So, this was one incident where I felt I made a narrow escape. Had there been the slightest of mistake, I would have fallen down," he added.

Chahal was a part of Mumbai Indians for just one season in 2013 after which he joined Royal Challengers Bangalore (RCB). The spinner had just played one game for Mumbai Indians in his debut season in the IPL and was unable to take any wickets.

The 31-year-old then was a part of RCB for eight years and is the most successful bowler for the Bengaluru-based franchise. Over eight years, Chahal managed to take 139 wickets for RCB.

Chahal's current franchise Rajasthan Royals have won two matches in the ongoing season. Their only defeat this season has come against Chahal's old team, the Royal Challengers Bangalore.

Ravichandran Ashwin IPL 2022 Cricket
Get the latest updates on Fifa Worldcup 2022 and check out  Fifa World Cup Schedule, Stats and Live Cricket Score. Like us on Facebook or follow us on Twitter for more sports updates. You can also download the NDTV Cricket app for Android or iOS.