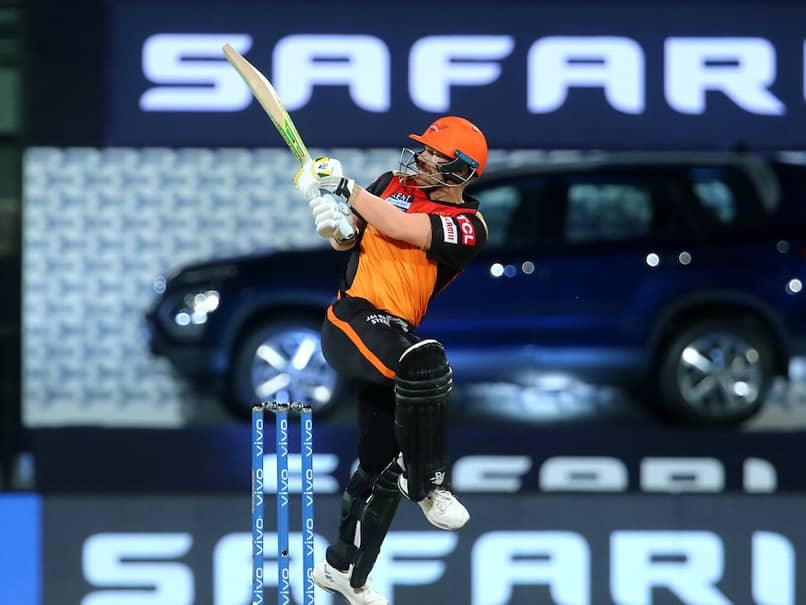 SunRisers Hyderabad (SRH) skipper David Warner was deeply hurt after his side lost to Royal Challengers Bangalore (RCB) from a winning position in the Indian Premier League (IPL) 2021 on Wednesday. Warner's half-century had put SRH in the driver's seat but Shahbaz Ahmed ran through their middle order to help RCB register a thrilling six-run win at the MA Chidambaram Stadium.

SRH skipper feels his side needs to have a big partnership in the middle overs if they want to get over the line.

"Look, it was just about building a partnership and I was quite disappointed with how we went - cross-batted shots against left-arm orthodox. It just hurts," Warner said the post-match presentation.

"We have another three games here, the wickets are going to get better here. We need to try to take powerplay wickets and need to have one big partnership in the middle," he added.

SRH were right on track for a win with Warner and Manish Pandey stitching an 83-run stand for the second wicket but the side lost the plot in the middle overs. SRH collapsed from 96/1 to 123/6 within 4.4 overs and in the end could only score 143/9 in their allotted 20 overs. Shahbaz picked three key wickets and delivered when RCB needed him the most.

"A very bitter pill to swallow. Obviously Maxi batted well, but our bowlers did well to restrict them. The last four games here the team batting second should've won the game. Last night's game was an example and we played an identical game," said Warner.

SRH will next go up against defending champions Mumbai Indians on Saturday.