IPL 2021, SRH vs RCB: RCB captain Virat Kohli said he told his team that if they struggled to make 149, it would be even more difficult for SRH to chase. 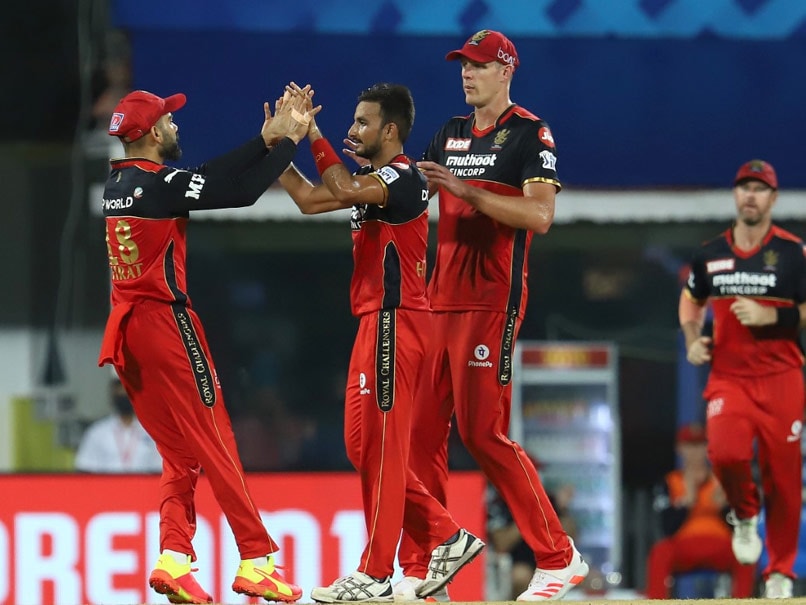 Royal Challengers Bangalore (RCB) captain Virat Kohli said that he believed the 150-run target that they set for SRH was a winning one. RCB batsmen struggled on a sluggish pitch, managing to score 149/8 in their 20 overs, and SRH looked like they were coasting to victory when they were 96/1 after 13 overs with captain David Warner well set. But three wickets in the 17th over, bowled by Shahbaz Ahmed, turned the game on its head as SRH suffered an incredible collapse and RCB eked out a thrilling win.

Speaking in the post-match presser, Kohli said that he told his team that if they struggled to get to 149, the opposition wouldn't have it any easier.

"I told them if we've struggled to 149, it will be tougher for the opposition. I truly believed we could win with 150," he said.

"The wicket was never a belter and tonight our execution under pressure was spot-on," he said.

"It was a top game for us and probably it will get more and more tougher here. You saw it in KKR vs MI - you're never really out of the game. Those extra options made the impact performances in the middle overs," Kohli said, recalling Kolkata Knight Riders' late collapse from a winning position on Tuesday.

"The wicket kept getting tougher and tougher with the old ball. It's about getting momentum in the first six overs, but for us Maxi gave us that momentum and got us closer to 150," the RCB captain said, reflecting on the team's batting performance.

Glenn Maxwell scored 59 off 41 deliveries, with a late assault on the SRH bowlers, to steer RCB to a defendable total.

Kohli also praised Harshal Patel, who provided yet another good performance at the death, a role that the RCB management had in mind for him when they traded him in from Delhi Capitals.

"We have a clear plan and backing our players. Got Harshal from Delhi for a role," Kohli said.

Harshal gave just 25 runs from his four overs and took two wickets to help RCB pull off the unlikely heist.

The win saw RCB move to the top of the points table, having won both their opening fixtures.