IPL 2021 Points Table: RCB after winning their first two matches climbed to top of the points table and Harshal Patel regained the Purple Cap after taking two wickets against SRH. 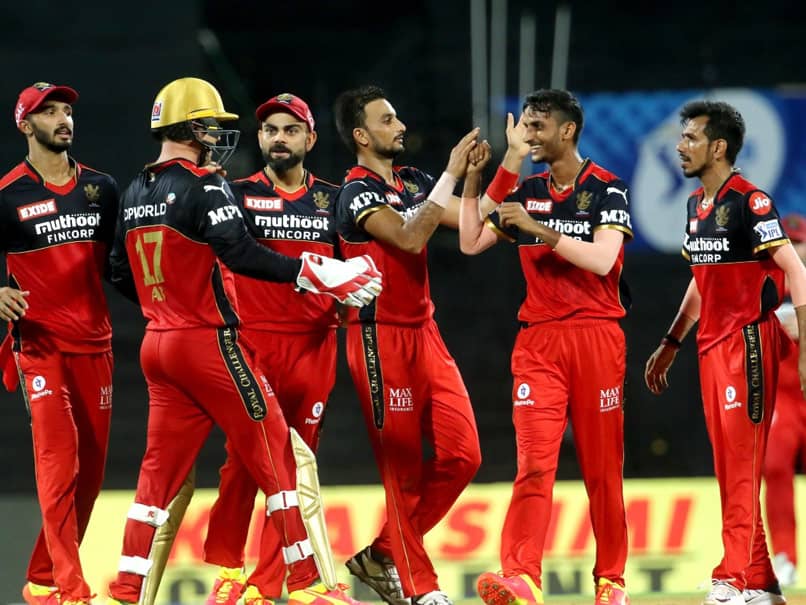 Virat Kohli-led Royal Challengers Bangalore (RCB) showed great fighting spirit as they defeated SunRisers Hyderabad (SRH) by six runs in a thrilling encounter at the MA Chidambaram Stadium in Chennai on Wednesday. Batting on difficult batting track, RCB posted 149/8 from their 20 overs. Continuing his fine form, RCB's new recruit Glenn Maxwell scored his first IPL half-century since 2016 to give his side a fighting chance. SRH lost Wriddhiman Saha early but David Warner and Manish Pandey stitched a solid partnership for the second wicket to keep their side ahead in the run chase. However, SRH batsmen played some reckless shots, allowing RCB to get back in the game. Shahbaz Ahmed took three wickets in the 17th over to turn the game on it head. SRH wickets fell like a peck of cards and they eventually fell six-run short of the target.

With this win, RCB climbed to the top of the IPL 2021 Points Table, winning their first two games. The Virat Kohli-led side have four points from two matches and are followed by Delhi Capitals (DC) in second position, who have two points from one match. Defending champions Mumbai Indians (MI) are third on the table, having won and lost a game each. Punjab Kings (PBKS) also have the same number of points as Mumbai Indians, but their inferior Net Run Rate (NRR) has pushed them to fourth position, with two points from one game. KKR, who lost to Mumbai in their second game, are fifth on the table. Rajasthan Royals (RR), SunRisers Hyderabad (SRH) and Chennai Super Kings (CSK) are yet to open their account and are occupying the last three spots respectively.

Glenn Maxwell's match-winning fifty helped him eclipse Punjab Kings skipper KL Rahul (91 runs) and Mumbai Indians' Suryakumar Yadav (87 runs) in the Orange Cap race and climb to the fourth spot with 98 runs from two matches. SRH's Manish Pandey, who scored 38 runs in the game, jumped to the third position with 99 runs from two matches. Kolkata Knight Riders' Nitish Rana continues to retain the Orange Cap, having scored 137 runs from first two innings. He is closely followed by Rajasthan Royals skipper Sanju Samson at second spot with 119 runs from just one match. Samson will have a chance to top the list when he comes out to bat against Delhi Capitals on Thursday.

RCB's Harshal Patel carried on his fine form and picked up two more wickets against SRH, taking his tally to seven wickets from just two matches. After playing a crucial role in RCB's both the victories, Harshal regained the Purple cap, pushing KKR's Andre Russell to the second spot. SRH leg-spinner  Rashid Khan, who picked two wickets on Wednesday moved to the third place, with four wickets from two outings. Mumbai Indians leg-spinner Rahul Chahar also has four wickets but is down to the fourth position. Pat Cummins, with three wickets, completes the top five in the leading wicket-takers' list.