PBKS vs SRH, IPL 2021: KL Rahul could only score four runs as Punjab Kings crashed to a defeat vs SunRisers Hyderabad, but it was enough to break Virat Kohli's record and become the fastest Indian batsman to reach 5,000 T20 runs. 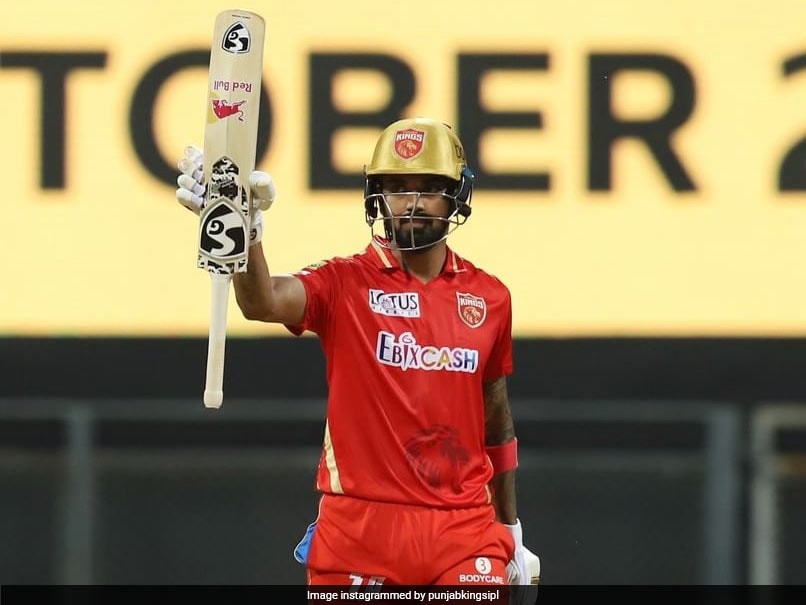 IPL 2021: KL Rahul hits a shot for PBKS during the ongoing season.© Instagram

Despite a defeat, KL Rahul broke one of Virat Kohli's records during Punjab Kings' (PBKS) match against SunRisers Hyderabad (SRH) in the ongoing Indian Premier League (IPL) 2021 season, at the MA Chidambaram Stadium on Wednesday. The wicketkeeper-batsman became the fastest Indian to reach 5000 T20 runs, getting there in only 143 innings, whereas Kohli took 167 innings. Before the match, Rahul needed only a run to reach the landmark, and could muster only four off six deliveries before losing his wicket to Bhuvneshwar Kumar.

Rahul's poor display was part of a massive batting collapse for Punjab, who could only set a target of 121 runs for SRH.

Mayank Agarwal (22) and Shahrukh Khan (22) made the only notable contributions, with PBKS falling to pressure from Khaleel Ahmed and Abhishek Sharma. The former took three wickets for SRH, with the latter registering two dismissals.

SRH scored 121 for one wicket in 18.4 overs with ease, with Jonny Bairstow slamming an unbeaten knock of 63 runs off 56 balls. Captain David Warner also scored 37 in 37 balls for his side.

This was also SRH's first win of the season after three consecutive defeats. Meanwhile, PBKS crashed to their third defeat of the season.

Rahul, who has scored 2808 runs in the IPL, will be hoping to regain his form vs Mumbai Indians (MI) in Punjab's upcoming match on Friday. The defending champions are currently fourth in the standings, and will be hoping to build a consistent run.

Virat Kohli IPL 2021 Punjab Kings vs Sunrisers Hyderabad, Match 14 Cricket
Get the latest updates on SA vs IND 2021-22, check out the Schedule and Live Score . Like us on Facebook or follow us on Twitter for more sports updates. You can also download the NDTV Cricket app for Android or iOS.