IPL 2021 Auction: Krishnappa Gowtham and Shahrukh Khan were among the uncapped players who went at several times their base price on Thursday. 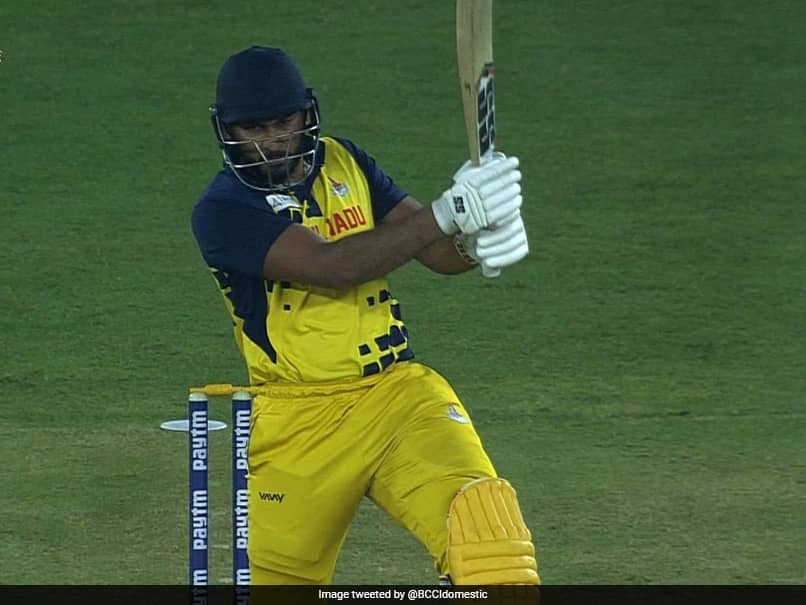 Several uncapped players were in for pleasant surprises in Thursday's Indian Premier League (IPL) 2021 player auction in Chennai. Krishnappa Gowtham, the hard-hitting lower order batsman and off spinner form Karnataka, became the most expensive buy among uncapped Indian players in IPL history when he was bought by Chennai Super Kings for Rs. 9.25 crore. Shahrukh Khan, another uncapped player, was lapped up for Rs 5.25 crore by Punjab Kings. Other uncapped players to go for big amounts at the IPL auction are Chetan Sakariya at Rs. 1.2 crore (Rajasthan Royals) and Australian Riley Meredith at Rs. 8 crore (Punjab Kings).

Shahrukh, a 25-year-old batsman from Tamil Nadu, had also made the news for his big-hitting. He was sold to Punjab Kings after they staved off competition from several other teams. Shahrukh, who came into the auction at a base price of Rs. 20 lakh, recently played a crucial role in Tamil Nadu's Syed Mushtaq Ali campaign, smashing 40 not out off 18 balls against Himachal Pradesh in a crucial win that helped the team make the semi-final.

A good Big Bash League campaign for the uncapped Riley Meredith helped him bag an IPL contract. Meredith, an out-and-out fast bowler, has played 34 T20s so far and has picked up 43 wickets at 23.62 and an economy rate of 8.06. Meredith came into the auction at a base price of Rs. 40 lakh.

Rajasthan Royals IPL Auction 2021 Cricket
Get the latest updates on IPL 2021, IPL Points Table , IPL Schedule 2021 , live score . Like us on Facebook or follow us on Twitter for more sports updates. You can also download the NDTV Cricket app for Android or iOS.