IPL 2021: Ishant Sharma achieved the feat of playing 100 Tests for India in the series against England and Delhi Capitals (DC) spinner Amit Mishra feels the pacer can play in 150 Test matches. 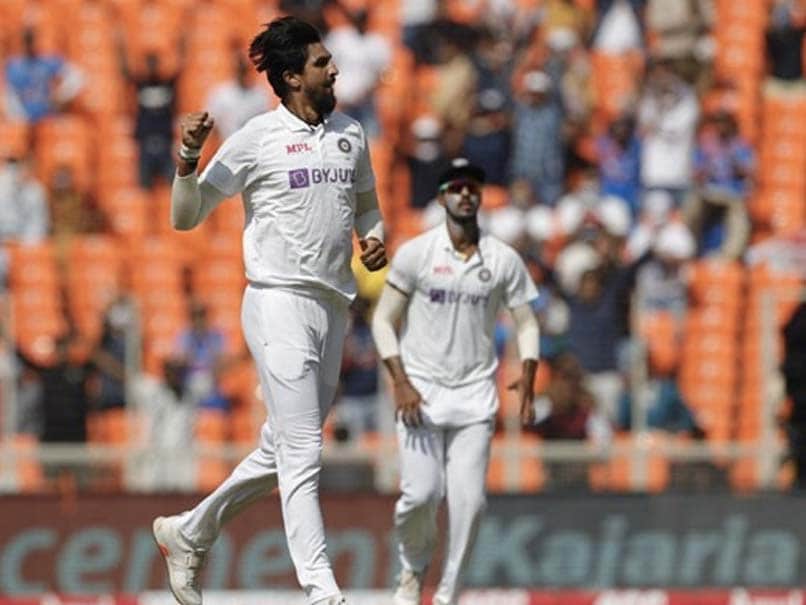 IPL 2021: Ishant Sharma was part of the Test series against England, which India won.© BCCI/IPL

Delhi Capitals spinner Amit Mishra said that he wants pacer Ishant Sharma to represent India in 150 Test matches. Both Amit and Ishant are part of the Delhi Capitals squad and are currently gearing up for the upcoming 14th edition of the Indian Premier League. "Ishant and I have partnered up many times for the Indian team. He has played 100 Test matches and I would like to congratulate him on this achievement and I want him to play 25-30 matches more and get to 150. He should play at least 150 Test matches. Whenever required, we tried to contribute to the side with batting as well," Mishra said in a video posted by the franchise on Twitter.

Ishant achieved the feat of playing 100 Tests for India in the series against England. The 32-year-old pacer has played 101 Tests and scalped 303 wickets with one 10-wicket haul and 11 five-wicket hauls.

On Tuesday, Delhi Capitals appointed Rishabh Pant as the captain of the side for the upcoming season. The wicket-keeper batsman will step in as skipper for the 14th edition of the tournament as regular skipper Shreyas Iyer hurt his left shoulder during the recently concluded India-England ODI series.

"Unfortunate that Shreyas will miss the tournament, but looking forward to seeing @RishabhPant17 grab his opportunity. It's well deserved for his recent performances and he's coming in with a lot of confidence. I'm convinced captaincy will make him an even better player," tweeted Ponting.

Delhi Capitals will begin their IPL 2021 campaign against Chennai Super Kings (CSK) at the Wankhede Stadium in Mumbai on April 10.

Ishant Sharma IPL 2021 Cricket Amit Mishra
Get the latest updates on ICC T20 Worldcup 2022, check out the Schedule and Live Score. Like us on Facebook or follow us on Twitter for more sports updates. You can also download the NDTV Cricket app for Android or iOS.