IPL 2021: Australian Players Adam Zampa And Kane Richardson Of RCB And Andrew Tye Of Rajasthan Royals, Pull Out Of Tournament 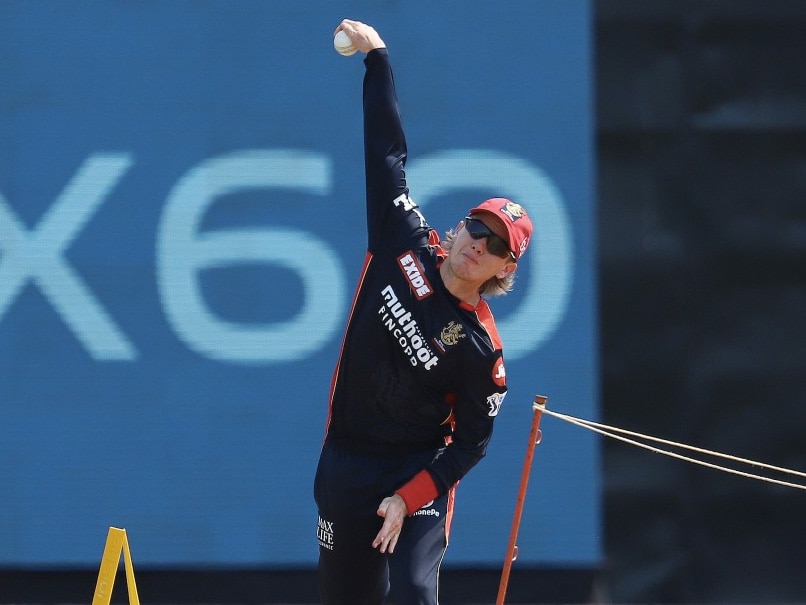 IPL 2021: Adam Zampa will return to Australia from RCB's bubble in the IPL.© BCCI/IPL

Adam Zampa & Kane Richardson are returning to Australia for personal reasons and will be unavailable for the remainder of #IPL2021. Royal Challengers Bangalore management respects their decision and offers them complete support.#PlayBold #WeAreChallengers pic.twitter.com/NfzIOW5Pwl

AJ Tye flew back to Australia earlier today due to personal reasons. We will continue to offer any support he may need.#RoyalsFamily

Tye explained the reason behind his leaving the IPLmidway and said he was worried about getting "locked out" of Australia amid restriction in his state of Western Australia.

"There was a number of reasons, but the main one was with the situation that has started to happen back home in Perth with a lot of cases in hotel quarantine coming out of India," Tye told SENradio from Doha.

"Now there's been a community case in Perth governments are trying to restrict numbers coming back in, especially Western Australia."

Bubble fatigue was also a factor, Tye said. "I just thought to try and get on the front foot and get home before I got locked out of the country. It's been a long time in bubbles and hubs - doing the calculations earlier, think I've had 11 days at home out of the bubble since August, so for me I just wanted to get home."

Meanwhile, Kolkata Knight Riders mentor and former Australia cricketer David Hussey said several Australian players are nervous about whether they can get back into Australia.

On Sunday, Delhi Capitals off spinner Ravichandran Ashwin decided to take a break from the IPL to help his family and extended family, who are "putting up a fight against Covid-19."

I would be taking a break from this years IPL from tomorrow. My family and extended family are putting up a fight against #COVID19 and I want to support them during these tough times. I expect to return to play if things go in the right direction. Thank you @DelhiCapitals

None of the players or franchises had said that their decision had anything to do with the Covid-19 situation in India.

Covid-19 cases are on the rise at an alarming rate as the country battles with a deadly second wave of infection with its healthcare systems overwhelmed.

While Zampa was yet to feature for RCB this season, Richarson played one match and picked up one wicket.

After the first 20 matches played in Chennai and Mumbai, the IPL caravan has moved to Ahmedabad and Delhi for the next leg of games.

Incidentally New Delhi is one of the worst-affected cities in terms of Covid-19 caseload.

Kane Richardson IPL 2021 Cricket
Get the latest updates on ICC Women's Cricket World Cup 2022 and IPL 2022, check out the Schedule , Live Score and IPL Points Table. Like us on Facebook or follow us on Twitter for more sports updates. You can also download the NDTV Cricket app for Android or iOS.