IPL 2021: Rajasthan Royals pacer Andrew Tye left IPL midway as he feared getting "locked out" of his own country, Australia, amid rising Covid-19 cases in India. 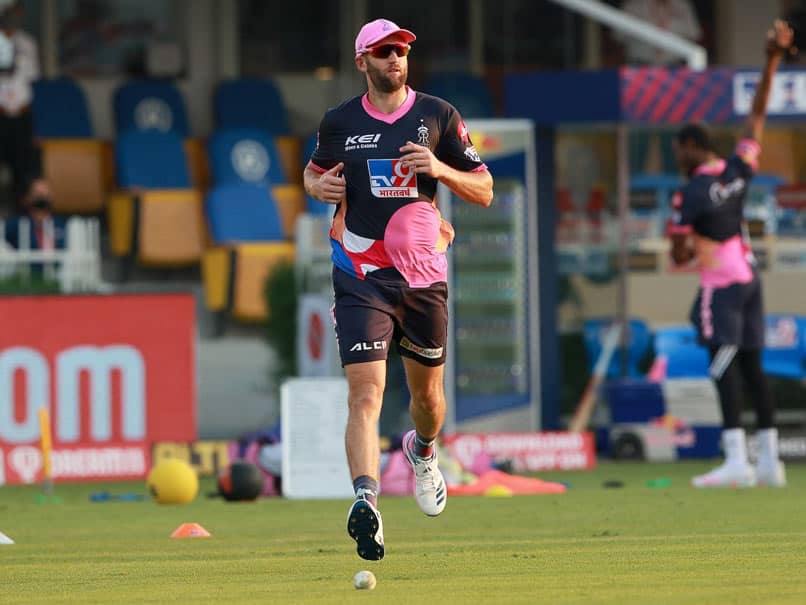 Andrew Tye left for Australia midway through IPL 2021, where he was with Rajasthan Royals.© BCCI/IPL

Australia and Rajasthan Royals pacer Andrew Tye decided to leave midway from the IPL as he feared getting "locked out" of his own country in the wake of a COVID-19 surge in India and claimed that some of his compatriots in the league are considering the same step. Tye said he decided to leave on Sunday after getting to know about the mounting quarantine cases from India in his hometown Perth. The 34-year-old had not got a game with the Royals so far and his contract with the franchise was worth Rs 1 crore.

"There was a number of reasons, but the main one was with the situation that has started to happen back home in Perth with a lot of cases in hotel quarantine coming out of India," Tye told 'SEN radio' from Doha on Monday.

"Now there's been a community case in Perth governments are trying to restrict numbers coming back in, especially Western Australia."

The bubble fatigue was also a factor, said Tye.

"I just thought to try and get on the front foot and get home before I got locked out of the country. It's been a long time in bubbles and hubs - doing the calculations earlier, think I've had 11 days at home out of the bubble since August, so for me I just wanted to get home," he added.

Getting out of India is becoming tougher by the day with many countries imposing a travel ban, including the UK and New Zealand. Australia has also reduced flights by 30 per cent and there could be more restrictions with India reporting more than 3 lakh cases per day over the past one week.

Leading Australian cricketers including David Warner, Steve Smith and Pat Cummins are part of the IPL. Tye claimed a lot of the Australian players are keen to take the first flight back home.

"There's definitely concerns (from the Australians). A lot of guys have been in touch today once they realised I was leaving. Some of the guys are very interested in what route I took home and other guys are just happy to make sure I'm okay. Not sure if I'll be the only one," he said.

"They are having over 300,000 cases a day and they are only the ones being reported, we know there's probably a lot more than that number who can't get tested.

"Yes, the IPL and BCCI have done an amazing job of keeping us safe but at the same time it's tough and you also feel bad for the amount of people out there with COVID and we are still able to play cricket," said Tye, who has played seven ODIs and 28 T20s for Australia.

Tye is the second player from the Royals squad to leave home citing bubble fatigue and COVID-19 concerns after Englishman Liam Livingstone, who left before the travel ban from India came into effect.

Cricket Australia and the Australian Cricketers' Association also issued a joint statement on Monday, saying that they are monitoring the situation.

"Cricket Australia and the Australian Cricketers' Association remain in regular contact with Australian players, coaches and commentators taking part in the Indian Premier League, which is being conducted under strict bio-security protocols," they said.

"We will continue to listen to feedback from those on the ground in India and the advice of the Australian Government. Our thoughts are with the people of India at this difficult time."

Rajasthan Royals Andrew Tye IPL 2021 Cricket
Get the latest updates on IPL 2021, IPL Points Table , IPL Schedule 2021 , live score . Like us on Facebook or follow us on Twitter for more sports updates. You can also download the NDTV Cricket app for Android or iOS.