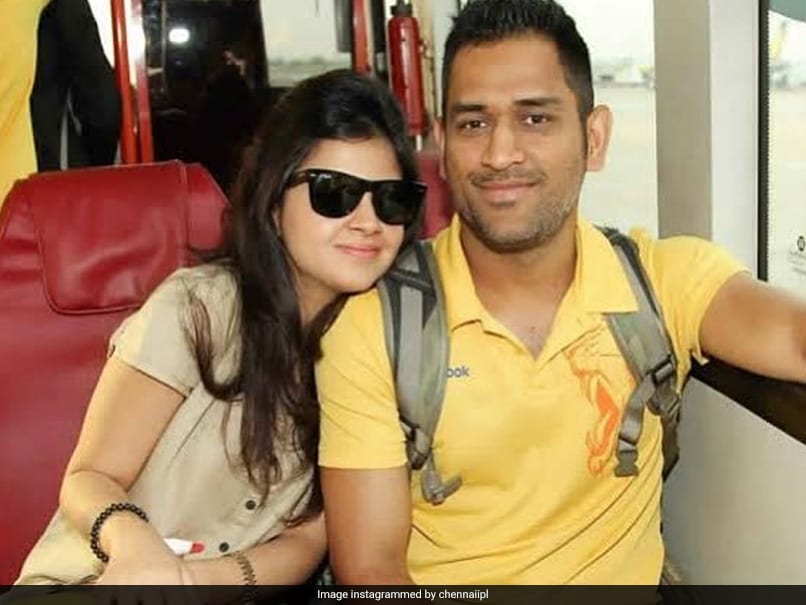 CSK shared a romantic photo of MS Dhoni and his wife Sakshi.© Instagram

Indian Premier League (IPL) franchise Chennai Super Kings (CSK) wished their captain MS Dhoni and his wife Sakshi on their 11th wedding anniversary on Sunday by sharing an old pic of the couple together in a bus. "Super happy anniversary to our King and Queen!" said Indian Premier League team in a post on its official Instagram account. Dhoni and Sakshi got married in 2010 and they have a daughter named Ziva. CSK added in the caption: "The love that we #Yellove!"

The post got more than 3 lakh likes within three hours of being shared. Many people commented on the post to wish the couple, including former Australian cricketer Michael Bevan who called Dhoni "the finisher".

CSK also wished the cricketer and his wife on their Twitter handle, by posting the same photo. Dhoni and CSK's fans and followers flooded the comments section with wishes.

Another user posted a collage of Dhoni and Sakshi's photographs, including one from their wedding.

A third Twitter user posted a video montage of the couple from different points of time against the soundtrack of popular Bollywood songs.

While Dhoni prefers to stay away from social media, Sakshi has been more active. She often posts images and videos of Dhoni and their daughter Ziva on her social media accounts. In those videos and images, Dhoni's looks almost always become a talking point.

Recently, CSK had shared a photograph on Dhoni and Ziva while on a family trip in the hills. Dhoni was spotted sporting a moustache in the photograph.

Dhoni-led CSK were in the second position in the points table when IPL 2021 was hit by COVID-19 and had to be suspended. The remaining season is set to be played in the United Arab Emirates in September and October.