MS Dhoni, like most other cricketers, is homebound in the COVID-19 pandemic and appearances on social media have become relatively rare for now. 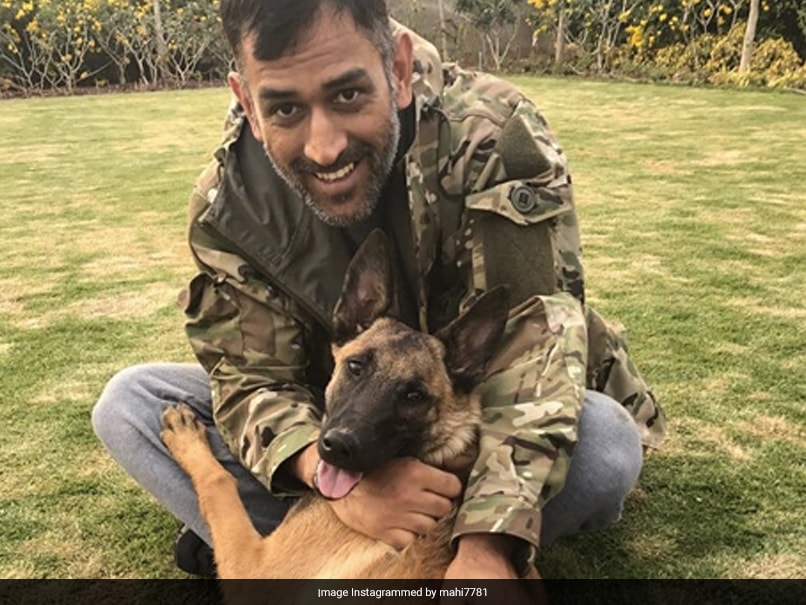 MS Dhoni with one of his pet dogs.© Instagram

Chennai Super Kings (CSK) captain MS Dhoni was last seen in action in the Indian Premier League (IPL) 2021, which was brought to an abrupt halt due to the second wave of the COVID-19 pandemic. However, in a video posted by his wife Sakshi Singh Dhoni of their dogs playing fetch, fans caught a glimpse of the former India skipper. In the video, Dhoni - seen at a distance along with daughter Ziva - is seen throwing the ball towards the camera as one of their dogs runs to fetch it.

CSK fans were especially excited to spot their beloved "Thala" in the video and also speculated that his blue shirt was in fact the club's training jersey.

"Woh Mahi spotted at the back with Ziva," wrote another user.

"Mahi on csk dress," wrote another.

"I found my man," another user commented.

Dhoni led CSK to second in the IPL table before the tournament was suspended. CSK had played seven matches, winning five and were behind Delhi Capitals, who had played one more game and have a two-point lead over the Dhoni-led team.

CSK also have the highest Net Run Rate in the table.

IPL 2021 was postponed after several players and coaching staff contracted COVID-19. A total of 29 matches had been played, with the season just past the half-way mark of the league stage.