Ricky Ponting Was "A Different Ballgame Altogether": Rohit Sharma On His Favourite Coach

Rohit Sharma was on an Instagram live chat with Kevin Pietersen and spoke highly of Ricky Ponting. 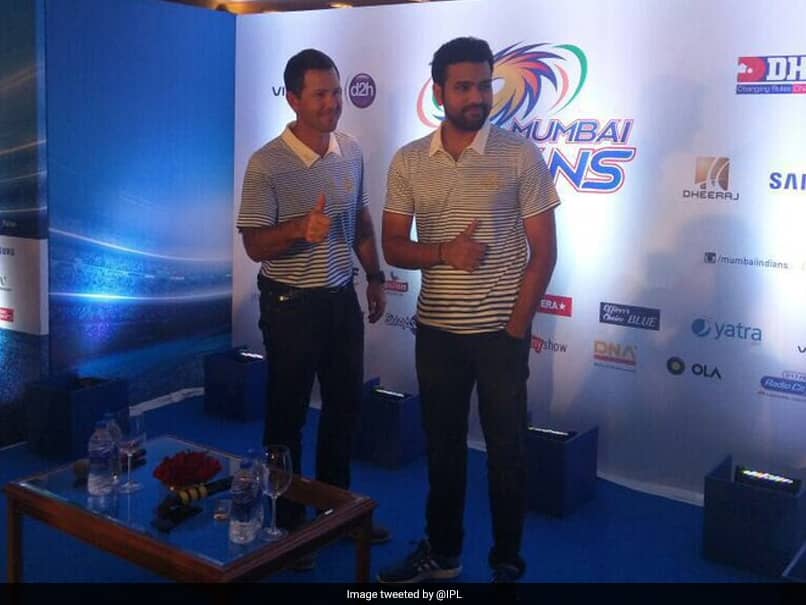 Rohit Sharma had taken over captaincy of Mumbai Indians from Ricky Ponting in 2013.© Twitter

Rohit Sharma, during his recent Instagram live chat with Kevin Pietersen, opened up on his bond with Ricky Ponting and how the former Australia captain guided him when he was handed the leadership of Mumbai Indians. The franchise shared a snippet of the live chat on Instagram on Monday, where Pietersen asks Rohit "Who's been your favourite coach? Over the years, in your whole career, who has been your favourite coach?" Rohit, in response, says that it's hard to pick a single name, adding that "they all bring something or the other to the table."

"Ricky Ponting to me was magic," he goes on to say.

"He guided me a lot when I was handed over the captaincy!" Who is @rohitsharma45 's favourite coach? Watch to find out #OneFamily

"The way he handled the team when he was captain for the first half of the tournament and then he gave the captaincy to me mid-way through the tournament, it takes a lot of guts to do that," Rohit elaborated.

"I can only imagine him doing that," he said.

"After that as well, to be as involved as he was as a support staff...he played a supporting role to all the players, to all the youngsters in the team and he was guiding me through captaincy. I got to learn a lot from him," Rohit said, before adding "So he was a different ballgame altogether for me."

Rohit Sharma took over the reins at Mumbai Indians from Ricky Ponting in 2013 and has since led the team to four Indian Premier League (IPL) titles as well as two Champions League T20 titles, making them the most successful team in the cash-rich league.