Rohit Sharma was not best pleased about the ICC not having him in their picture on their tweet asking fans about the player with the best pull shot. 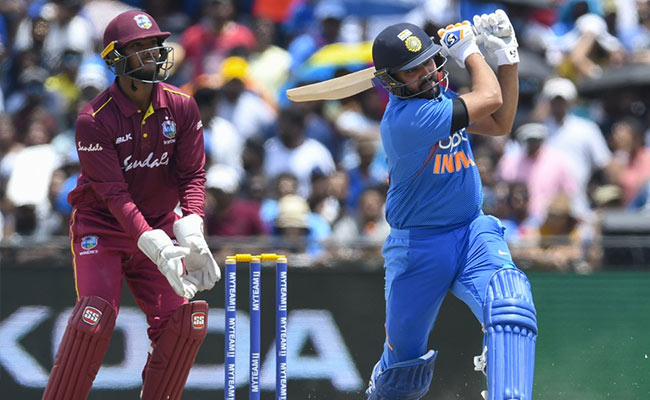 Rohit Sharma is one of the best players of the pull shot in the world at the moment.© AFP

When it comes to playing against the short ball, Rohit Sharma is one of the best in the business at the moment. This is majorly due to the proficiency with which he plays the pull shot, whether it's on the back foot or the front. So it is no wonder, then, that when the International Cricket Council (ICC) tweeted asking fans to pick a batsman with the best pull shot and did not have Rohit Sharma among the four players they chose to put up pictures of, he was left feeling a little grumpy.

With cricket, like most sports, brought to a standstill due to the coronavirus pandemic, many on twitter are either reliving past highlights, holding opinion polls or posting funny videos as players maintain quarantine.

The ICC on Sunday tweeted "Which batsman, past or present, has the best pull shot, in your opinion?" and accompanied the tweet with a split picture of Viv Richards, Ricky Ponting, Virat Kohli and Herschelle Gibbs.

Someone's missing here ?? Not easy to work from home I guess https://t.co/sbonEva7AM

The ICC post received over 2K replies with many Indian fans picking Rohit Sharma over Virat Kohli, while the general consensus was that former Australia captain Ricky Ponting had the best pull shot.

Rohit Sharma International Cricket Council Cricket
Get the latest updates on ICC T20 Worldcup 2022 and CWG 2022 check out the Schedule, Live Score and Medals Tally. Like us on Facebook or follow us on Twitter for more sports updates. You can also download the NDTV Cricket app for Android or iOS.