Rohit Sharma advised people to proactively fight the crisis by reporting to doctors when they experience any symptoms. 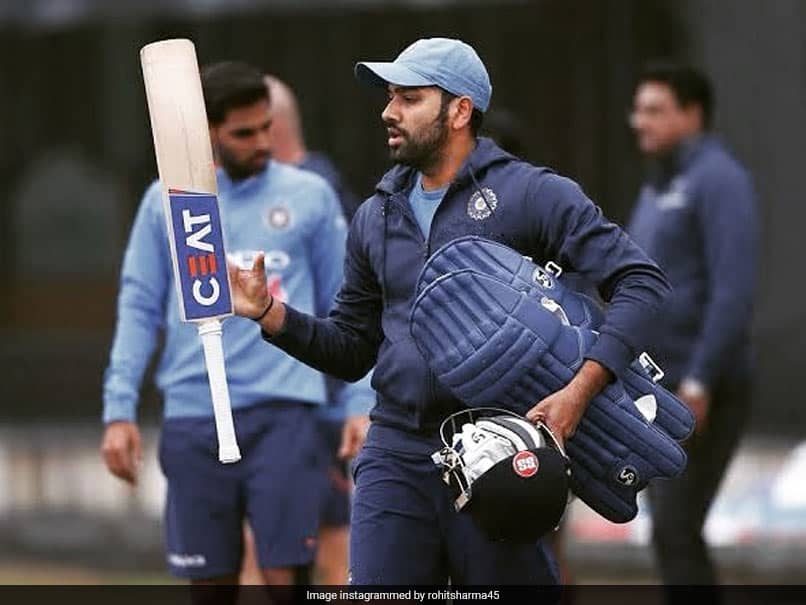 Rohit Sharma leads Mumbai Indians in the IPL, which has been suspended till April 15.© Instagram

India opener Rohit Sharma on Monday said it has been tough to watch the world coming to a standstill because of the COVID-19 pandemic and advised people to proactively fight the crisis by reporting to doctors when they experience any symptoms. The 32-year-old batsman posted a video message on his official Twitter handle. "Last few weeks have been tough for all of us and the world has come to a standstill which is very sad to see," said Rohit.

"The only way we can come to normalcy is by all of us coming together. We can do this by being a little smart, a little proactive, knowing our surroundings and as and when we get any symptoms inform your nearest medical authorities."

The coronavirus outbreak, which originated in Wuhan, China, has claimed over 6,000 lives and has infected close to 160,000 people world over. In India, the infected cout has crossed 100 and the death toll is two for now.

Various state governments in the country have ordered closure of schools, malls, and cinema halls in a bid to avoid large gatherings while also asking people to practice social distancing.

"It's because we all want our kids to go to school, we want to go to the malls and we all want to watch movies in the theatres," Rohit said.

The 32-year-old also commended the efforts of doctors and the medical professionals who have risked their lives to treat those infected.

"I appreciate the efforts of all the doctors and the medical staff across the world who have put their lives on risk while taking care of the people who have tested positive with coronavirus."

"Last, but not the least, my heart goes out for people who have lost their lives and their families. Take care, be safe," he added.

On Saturday, India skipper Virat Kohli had called on people to "stay safe and vigilant" amid the ongoing coronavirus outbreak.

"Let's stay strong and fight the #COVID19 outbreak by taking all precautionary measures. Stay safe, be vigilant and most importantly remember, prevention is better than cure. Please take care everyone," he tweeted.

The virus outbreak has led to either cancellation or postponement of all sports events across the world. India's series against South Africa was called off as was Australia's ODI rubber against New Zealand. Both series were to be held without spectators before being scrapped.

England's tour of Sri Lanka was also cut short before the beginning of the two-match Test series while the upcoming edition of the Indian Premier League (IPL), which was due to start on March 29, has been suspended till April 15.