IPL 2020, RCB vs MI: Rohit Sharma Explains Why Ishan Kishan Didn't Come Out To Bat In Super Over

Despite scoring a brilliant 99 off just 58 balls, Ishan Kishan, who was dismissed in the last over, didn't walk out to bat in the Super Over. 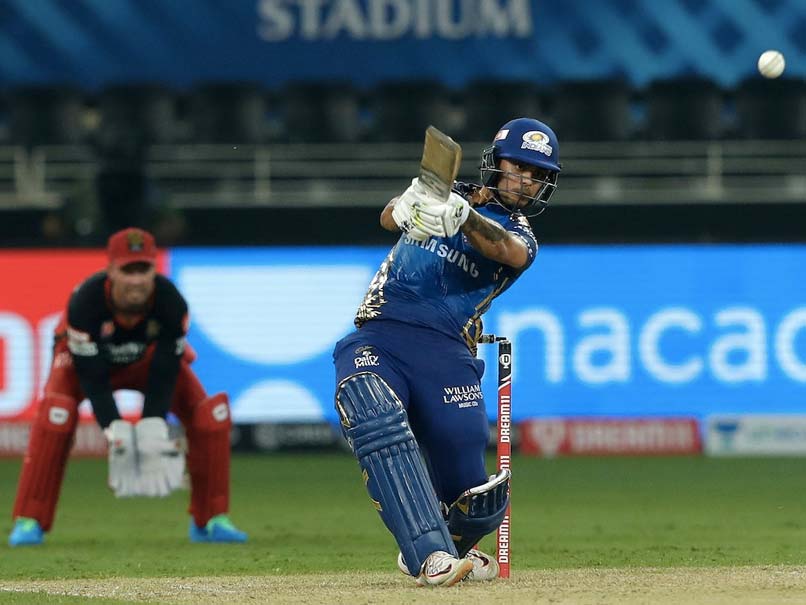 Instead, Kieron Pollard and Hardik Pandya were given the responsibility. After Pollard was dismissed, Rohit came out to bat as Mumbai Indians managed to score just seven runs in the Super Over.

"It was a great game. We were not in the game at all when we started with the bat. Great innings by Ishan to get us back. Polly was brilliant as usual. Just that we didn't start well, I thought we could have got 200 with the batting we have," Rohit said in the post-match presentation.

"With Polly being there, anything can happen, and Ishan can hit it. We had the belief that we could do it. They held their nerves although we put pressure. (Kishan) was drained out and he was not comfortable for the Super Over. He was not feeling fresh and Hardik is someone we trust hitting the long balls," he added.

Kieron Pollard IPL 2020 Royal Challengers Bangalore vs Mumbai Indians, Match 10 Cricket
Get the latest updates on SA vs IND 2021-22, check out the Schedule and Live Score . Like us on Facebook or follow us on Twitter for more sports updates. You can also download the NDTV Cricket app for Android or iOS.