Need To Stop Mistakes In The Field, Says AB De Villiers After RCB's Super Over Win Over Mumbai Indians

RCB recorded their second win in IPL 2020, but AB de Villiers believes the team needs to stop making mistakes in the field going ahead in the tournament. 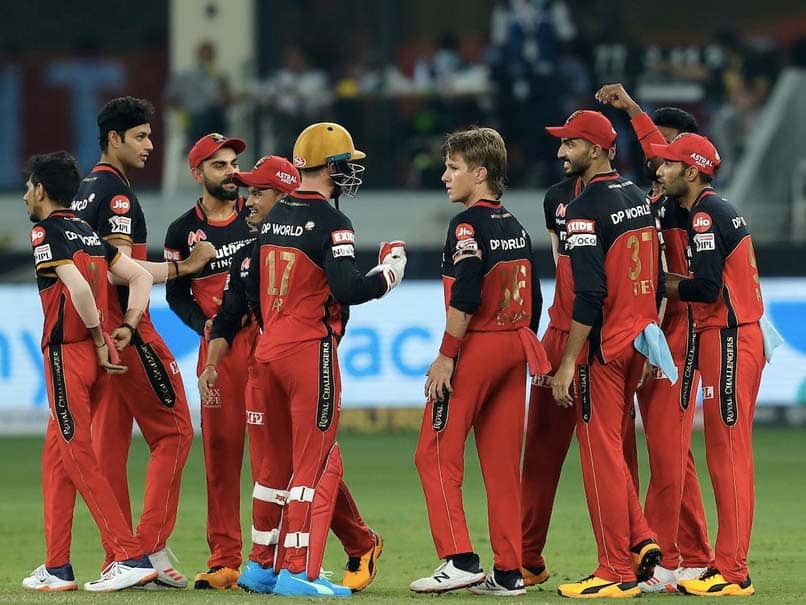 RCB vs MI: AB de Villiers said that RCB will work on their skills in the field.© BCCI/IPL

Royal Challengers Bangalore star AB de Villiers admitted that the side needs to work on their bowling and fielding as they go forward in the tournament. His comments came after RCB defeated Mumbai Indians in the Super Over on Monday at the Dubai International Stadium. In the Super Over, Mumbai Indians were able to score just seven runs as Navdeep Saini bowled a brilliant over, and Virat Kohli and AB de Villiers chased it down with ease. In the match, both Mumbai and RCB scored 201 runs.

Chasing 202, Mumbai found themselves at 78/4, but Ishan Kishan got together with Kieron Pollard for a stand of 119 runs to take the side closer to the target.

Ishan Kishan played a knock of 99, studded with two fours and nine sixes. Pollard registered an unbeaten 60 off just 24 balls with the help of three fours and five sixes.

"Fantastic game of cricket, without sounding arrogant, we were no doubt the best team on the day against Mumbai. We really made it easier for them in the second innings with the ball in hand, there were mistakes on the field and we need to stop them going ahead in the tournament. It was only our third game, maybe I am being too harsh but we need to get things right, we are going to work on our skills in the field, boys showed fantastic character and I am proud of that," said De Villiers in a video posted on the official Twitter handle of RCB.

For RCB, pacer Navdeep Saini finished with figures of 0-43 in his four overs. Saini also bowled the Super Over, in which he conceded just seven runs even though Pollard and Hardik Pandya were in the middle.

In the match against Mumbai Indians, RCB left out Josh Philippe and de Villiers donned the gloves to do the wicket-keeping duties. With bat in hand, the Proteas star played an unbeaten knock of 55 runs off just 24 balls with the help of 4 fours and 4 sixes to take RCB''s score to 201/3 in the allotted twenty overs.

For RCB, Washington Sundar was also a standout performer as he just conceded 12 runs in his quota of four overs and also picked up the crucial wicket of Rohit Sharma.

RCB has played three matches in the tournament so far and the side has managed to win two. The Virat Kohli-led side will next take on Rajasthan Royals on October 3.

AB de Villiers IPL 2020 Royal Challengers Bangalore vs Mumbai Indians, Match 10 Cricket
Get the latest updates on India vs Australia Series, check out the India vs Australia Schedule for 2020-21 and Ind vs Aus live score . Like us on Facebook or follow us on Twitter for more sports updates. You can also download the NDTV Cricket app for Android or iOS.