IPL 2020: Chris Morris was once again brilliant with the ball in hand, and has now taken a total of five wickets at an economy rate of 4.50 in the two matches he has played so far for RCB. 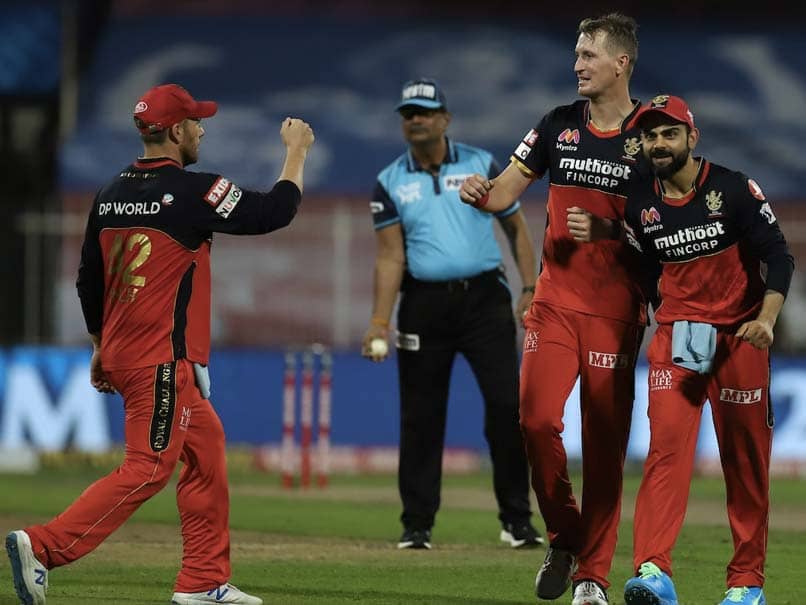 RCB captain Virat Kohli reckons that the inclusion of South African all-rounder Chris Morris has bolstered the team's bowling lineup. Royal Challengers Bangalore (RCB) showed no mercy as they thrashed Kolkata Knight Riders (KKR) by 82 runs at the Sharjah Cricket Stadium on Monday. No KKR batsmen got going as RCB restricted the Dinesh Karthik-led side to 112 for nine in their allotted 20 overs, on the back of some all-round bowling performances. Chris Morris bowled brilliantly and picked two wickets while Yuzvendra Chahal was once again exceptional.

"It is a tremendous win against a very strong side. Heading into a busy week for us, it was important to start off well. The bowling unit looks that much more potent with Chris Morris coming back. We were very happy with the total. This pitch was drier. And the day was pleasant so we thought there would be no dew," said Kohli during the post-match presentation via host broadcaster Star Sports.

RCB had posted a massive total of 194 runs on the back of AB de Villiers' blistering knock. The South African played an unbeaten knock of 73 runs from just 33 balls while skipper Virat Kohli scored an unbeaten 33.

Kohli hailed de Villiers' "fabulous knock" and said that it was because of the Proteas batsman that RCB were able to post an imposing total.

"It was unbelievable. I thought I had a few balls under my belt, and I might start striking. He just came in and struck the third ball, and said he felt good. I said you might see a lot of people do what is done in other games, but only AB can do what he did." said Kohli.

"It was a fabulous knock. We were looking at 160-165, and it was only thanks to his genius we got to 194. I was happy we could string together a partnership, and mine was the best seat to watch from," he added.

RCB will next face bottom-of-the-table Kings XI Punjab on Thursday.

Chris Morris IPL 2020 Royal Challengers Bangalore vs Kolkata Knight Riders, Match 28 Cricket
Get the latest updates on IPL 2021, IPL Points Table , IPL Schedule 2021 , live score . Like us on Facebook or follow us on Twitter for more sports updates. You can also download the NDTV Cricket app for Android or iOS.