IPL 2020: Mayank Agarwal Says It's Better To Follow Guidelines And Play IPL Rather Than Crib And Not Play

Kings XI Punjab's Mayank Agarwal said it's worth following the IPL protocols to compete in a league that "beats everything." 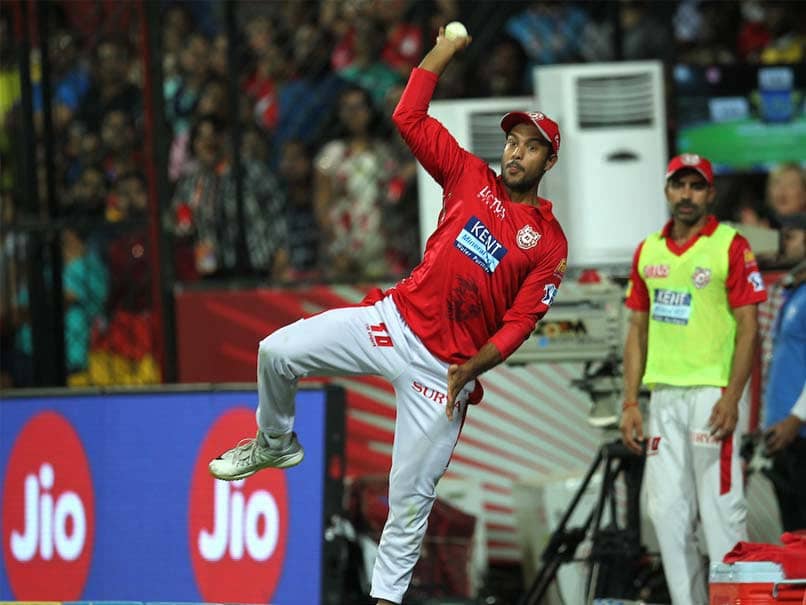 Mayank Agarwal is likely to play in the top order for Kings XI Punjab.© BCCI/IPL

Kings XI Punjab batsman Mayank Agarwal was neither apprehensive about getting back to the nets nor is he cribbing about strict bio-bubble guidelines in place for the IPL, saying it's worth following the protocols to compete in a league that "beats everything". His captain IPL captain KL Rahul and India skipper Virat Kohli have spoken about the apprehensions they had about getting back in the nets after a five-month break, probably the longest in their careers, but it was not the case with India's Test opener.

"There were no apprehensions as such. I just did not put high expectations on myself when I went into practice. It was just more about trying to get back to where I left off. I did not look to judge myself in the first three four net sessions," Agarwal told PTI from Dubai.

The 29-year-old from Bangalore said head coach Anil Kumble has been slowly building up the intensity of the sessions.

"Physically, yes, I am (back to his best) but skill-wise it would take a few more sessions. It is just about getting your batting rhythm back and things fill start flowing again. It is pretty hot in here also so trying to get accustomed to the climate by training in peak hours," Agarwal said .

Upon arrival in the UAE, all KXIP players went into a six-day quarantine and after returning three negative tests last week, they were allowed to enter the tournament's bio-bubble and start training.

The players and officials, who can't invite anyone in their room for the entire duration of IPL and have to wear a bluetooth band so that their movements could be tracked, face strict action for breaching the bio-secure protocol.

All teams have taken steps to address mental health issues that may crop up over the course of the tournament.

Agarwal said he is just glad that the IPL is happening, something which did not look possible couple of months ago.

"Any person who is playing professional sport is mentally tough in many ways. I think most of us would be able to deal with it," he said when asked about the challenges of playing in a protected environment.

Agawaral is into Vipasanna (meditation) for years now and said it helped him stay calm in lockdown.

"Yes it (Vipasanna) helped. I could spend time meditating a lot more than I would normally. It just helps you calm your nerves and the biggest thing for me is that we have an opportunity to play the tournament, that beats everything," Agarwal said.

"It is alright if you have to quarantine for six days, seven days, 10 days as long as you have enough time to prepare for the tournament," he added.

How was being confined to a hotel room for six days? "It is what it is and I did not find it very challenging. You rather be in a quarantine and in a bubble and play rather than crib about it and not play. That is how I have been looking at it," Agarwal said.

"It has not been too hard. I was training twice a day during those days. Spent sometime opening up the body. KXIP (management) also arranged team bonding stuff onilne and made sure we did not feel left alone in quarantine," he added.

His time in lockdown was spent learning how to cook and gardening. "I thoroughly enjoyed that. Did a lot of gardening, planted a lot of fruit trees watching them grow was a great feeling," Agarwal recalled fondly.

Rahul, who was exceptional for KXIP at the top in the previous two seasons, has been appointed the captain for this season and Agarwal said his Karnataka mate already has the full backing of the players.

"We have a top quality squad this year. It is going to be a different experience for him (Rahul), leading an IPL franchise for the first time," Agarwal said.

"I am very happy that he has got Anil bhai, Chris (Gayle) and Maxi (Glenn Maxwell), a lot of experience in the squad, to help him out in case he needs it," he added.

There is a strong possibility that Indian players head to Australia directly from the UAE for the Test series. Agarwal played his debut series Down Under and made it count.

"I am not thinking so far ahead but it is there at the back of the mind. As a team we have been preparing for the tour but like I said it is tournament by tournament," Agarwal said.

Kings XI Punjab Mayank Agarwal IPL 2020 Cricket
Get the latest updates on India vs Australia Series, check out the India vs Australia Schedule for 2020-21 and Ind vs Aus live score . Like us on Facebook or follow us on Twitter for more sports updates. You can also download the NDTV Cricket app for Android or iOS.