IPL Teams Not Required To Undergo Quarantine While Travelling For Matches: Report

The IPL 2020 schedule is yet to be announced, and it was being speculated that teams travelling to Abu Dhabi might be asked to quarantine 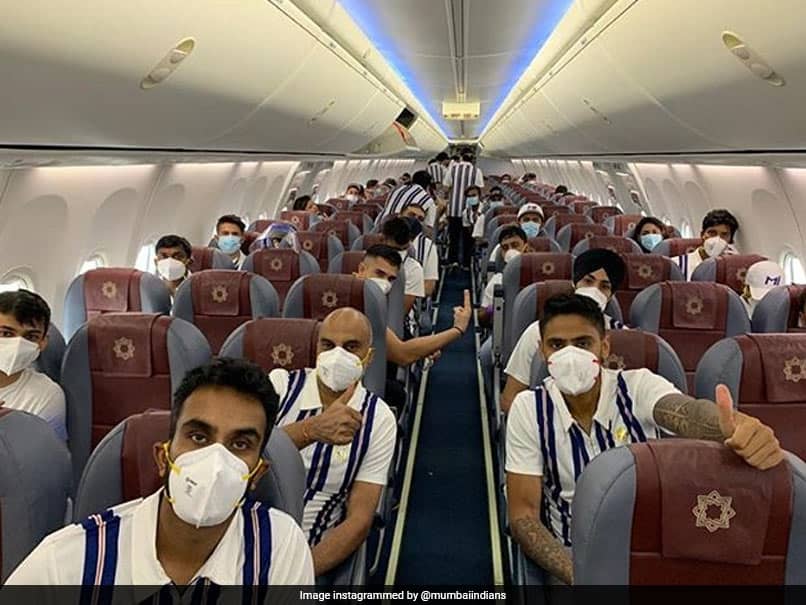 The Mumbai Indians contingent had left for the UAE on August 21.© Instagram

The Indian Premier League (IPL) teams would not be required to quarantine themselves while travelling for their respective matches, sources within the Emirates Cricket Board (ECB) confirmed on Tuesday. The schedule of the IPL 2020 is yet to come out, and it was being speculated that teams travelling to Abu Dhabi might be asked to quarantine when travelling to play their matches looking at the sudden spike in COVID cases.

However, sources within the Emirates Cricket Board have confirmed that all necessary permissions for the IPL matches in Dubai, Abu Dhabi and Sharjah has been obtained and protocol has been created so that teams can travel to all venues without being asked for quarantine.

"We have obtained all necessary permissions for the IPL matches in Dubai, Abu Dhabi and Sharjah. A protocol has been created by the relevant authorities which will see the teams be able to travel directly to the venues, and return to their hotels, without having to undergo quarantine," sources within the Emirates Cricket Board confirmed to ANI.

"The teams will remain in their bio bubbles as per BCCI protocols. Those coming from outside may have to undergo quarantine but those who are already there in their hotels need not worry over the travel for matches," it added.

The initial part of the tournament would be played without fans, and all the teams would be staying in a bio-secure bubble as a precautionary measure against the coronavirus.

Comments
Topics mentioned in this article
IPL 2020 Cricket
Get the latest updates on India vs England Series, India vs England , live score and IPL 2021 Auction . Like us on Facebook or follow us on Twitter for more sports updates. You can also download the NDTV Cricket app for Android or iOS.