The IPL did not specify the exact incident for which he was penalised but it is understood Chris Gayle was penalised for throwing his bat away after getting out for 99. 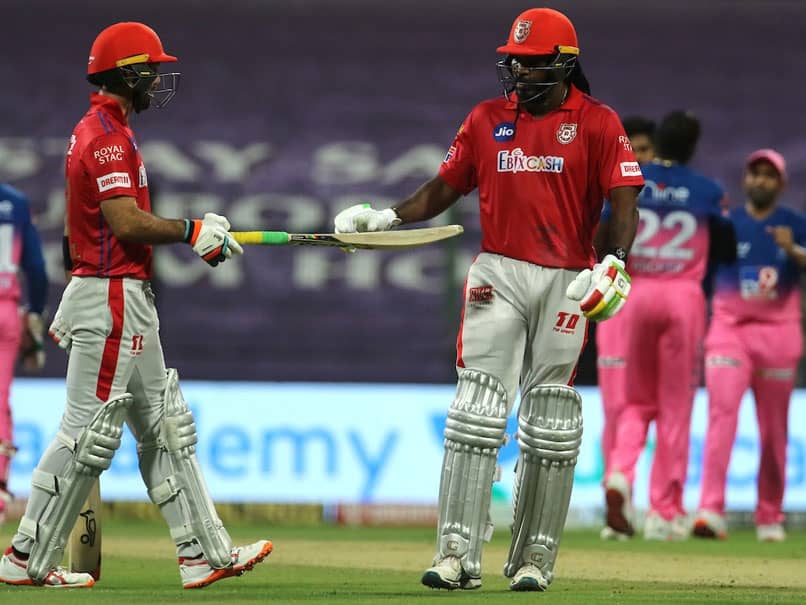 KXIP vs RR: Chris Gayle threw his bat in frustration after being dismissed on 99.© BCCI/IPL

The swashbuckling Chris Gayle has been fined 10 per cent of his match fee for breaching the Indian Premier League's code of conduct during Kings XI Punjab's match against Rajasthan Royals. The IPL did not specify the exact incident for which he was penalised but it is understood the Jamaican was penalised for throwing his bat away in disgust after getting out for 99 at the Sheikh Zayed Stadium on Friday night. The Kings XI Punjab batsman has admitted to the offence and accepted the sanction.

Requiring a run to complete his century, Gayle was cleaned up by a Jofra Archer yorker in KXIP's last over and reacting to his dismissal, he tried to hit his bat on the ground in frustration but the willow slipped from his hand and landed a few metres across the pitch.

"Chris Gayle, the Kings XI Punjab batsman, has been fined 10 percent of his match-fee for breaching the Dream11 Indian Premier League's (IPL) Code of Conduct during his team's match against Rajasthan Royals at Abu Dhabi," the IPL said in a statement.

"Mr Gayle admitted to the Level 1 offence 2.2 of the IPL's Code of Conduct and accepted the sanction.

"For Level 1 breaches of the Code of Conduct, the Match Referee's decision is final and binding," it added.

The 41-year-old smashed eight sixes and six fours on the way to becoming the first player to score 1,000 maximums in T20 cricket.

Jofra Archer IPL 2020 Kings XI Punjab vs Rajasthan Royals, Match 50 Cricket
Get the latest updates on India vs Australia Series, check out the India vs Australia Schedule for 2020-21 and Ind vs Aus live score . Like us on Facebook or follow us on Twitter for more sports updates. You can also download the NDTV Cricket app for Android or iOS.